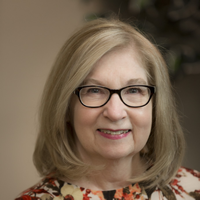 Dr. Debra Sowell is a retired tenured professor in the Department of Computing and Mathematics at Oral Roberts University. She began her career at ORU in 1976 as an adjunct instructor of Mathematics. She has served in many capacities at the University, including Chair of the Computer Science and Mathematics Department, Associate Dean of Arts and Sciences, and Dean of Instruction. She also served as Chief Academic Officer in the roles of Vice President for Academic Affairs and Acting Provost from 2008-2013.

Dr. Sowell received her Ph.D. in Applied Behavioral Studies, with an emphasis in Statistics, at Oklahoma State University. Her master’s and bachelor’s degrees are in Mathematics from the University of Nebraska and the University of South Dakota, respectively. She is a member of Phi Beta Kappa, Phi Kappa Phi, Mortar Board, Alpha Lambda Delta, Delta Sigma Rho-Tau Kappa Alpha, Kappa Mu Epsilon, and Pi Mu Epsilon.

Dr. Sowell is the author of several juried articles as well as four statistics textbooks through the national publishing house, Brooks Cole, now Cengage Publishing. She is recognized on numerous Who’s Who lists and has been inducted into the Oklahoma Science and Engineering Fair Hall of Fame and the Hall of Fame at her high school in Aberdeen, S.D.