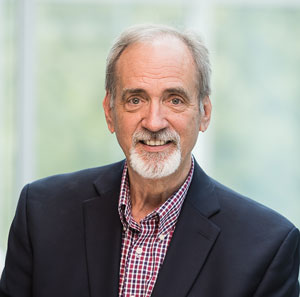 Paul Palmer received his bachelor’s degree in Music Education in 1972. As a student, he was involved in many instrumental groups, including "The Collegians," was director of the Pep Band (assisting Bill Shellenbarger), and created the Cultural Affairs Committee. After graduation, he became the first house manager at the University of Iowa's Hancher Center for the Performing Arts. Returning to Tulsa in 1973, Paul coordinated design efforts for what became the Tulsa Performing Arts Center. He served as manager of the national touring company of "The Odd Couple" (starring Tony Randall and Jack Klugman); worked for World Vision and its volunteer programs and select major donors; served as director of Development for Bellflower Christian Schools in California; and is a professional portrait photographer. In 2012, he founded the ORU Pioneers, which brings together those who were at ORU from 1965-74. Paul received the 2019 Alumni Award for Distinguished Service to the Alma Mater. He and his wife, Cheryl, have two children and four grandchildren.