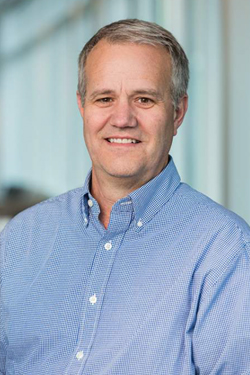 Joel Barker graduated summa cum laude in 1982 with an Accounting degree. After earning his CPA license, he served four years on the mission field in Brussels, where he met his wife, Donna (Bertel '83). Joel and Donna have two awesome sons, both recent ORU graduates. Joel has served two terms on the ORU Alumni Board the first in the 1990s and the second from 2012 to 2015, when he was recently elected as Treasurer. The Barkers live in Eagle, Idaho, where Joel has built a 25-year career with a $6B agribusiness company, and currently serves as vice president and treasurer. He has been recognized as an outstanding businessman by the Idaho Business Review, is a director on several boards, and is a longtime member of Discovery Church Boise.