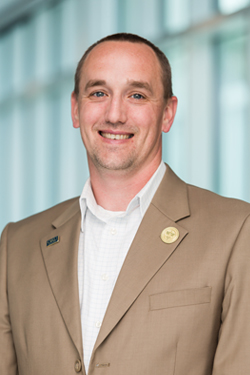 Aaron Ashworth received his bachelor’s degree in Pastoral Christian Care and Counseling after 11 years of taking classes while deploying with the Army as a three-time war veteran. Due to the frequency of deployments, Aaron completed his undergrad degree via every available avenue: residential, correspondence, online, modular, and directed study. He completed his graduate degree in Licensed Professional Counseling and is working on a Master of Divinity degree. Aaron has been working in the military, mental health, and the ministry for over 20 years. Throughout his military career, he has served stateside as well as overseas in areas such as Kuwait, Iraq, and Afghanistan. He operated as an Air Traffic Control Tower Chief, the Chief ATC rater for Oklahoma, and now serves as a military chaplain candidate. Within his mental health career, he has been a mental health hospital supervisor, family and children counselor, Special Olympics coach, and now serves the Oklahoma Military Department as the State Suicide Prevention Program Manager. In ministry, Aaron and his wife Rosie operate an independent ministry that works with family development, church planting, and traveling evangelism. Aaron, Rosie, and their four boys all attend and serve at the Assembly Church in Broken Arrow, OK. Aaron has been with ORU since 2001 and has been active as a student, as a staff member in the Admissions office, and as a dorm floor sponsor.