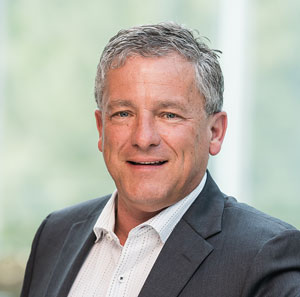 Michael Gimotty received his bachelor’s degree in Communications. He went on to receive his MBA and his M.A. in Communications from Regent University. For the past 27 years, Michael has worked in sales. He owns his own business, Family Media Group, which publishes a variety of family-oriented magazines and websites in the Kansas City area. Michael and his wife, Susan Hawke Gimotty (Class of 1989), have four children. Their oldest, Michael III, will be an ORU sophomore this fall (2018). For the past 15 years, Michael and Susan have been active members at Providence Community Church. Michael currently serves on the board of the Culture House, a Christian nonprofit organization for the arts, and recently served on the Midwest Parent Educators board. Over the past three decades, Michael has served two terms on the ORU Alumni Board and has helped host several alumni events, both in Virginia Beach and in Kansas City. As a student, Michael served as a spiritual life dorm director for two years, ran for ORU’s cross country team for three years, and led an ORU missions team to England.