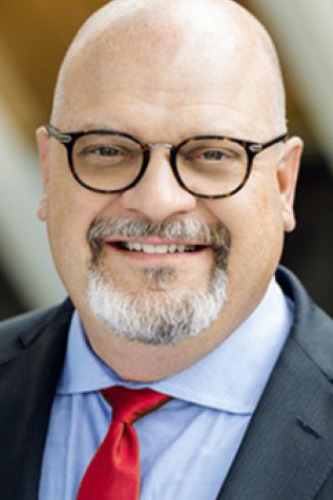 Kevin V. Cox graduated from ORU with his bachelor’s degree in 1996 and with his MBA in 1999. He served as the Student Association President (1994-95), married Amber G. Cox (1997 grad who was a columnist for The Oracle while at ORU), and remains a very active alum involved in the ORU President’s Circle. Kevin completed his law degree at the University of Tulsa and earned a certificate from Harvard’s JFK School of Government in Performance Maximization. He is a strategic transformative business leader and Community Visionary. He formed Logistyx Technologies, the dominant player in Transportation Management Execution, by creating a global strategy, raising $50 million, and acquiring 14 businesses across multiple continents. He then took a small regional financial services firm and with an aggressive growth strategy, transformed it into Adaptation Financial Services, an RIA with over $1 billion in Assets Under Management. Today, he serves as the CEO of LiveToBeHappy, Inc., a publicly traded cross-platform real estate development and technology holding company where he is implementing a strategy to leverage disruptive technology and drive the whole man concept into residential land development and home building. In his spare time, Kevin enjoys spending time with his family, golfing, fishing, and flying.