Click here to submit your nomination(s) for the annual Alumni Awards. Scroll down to read more about the program.

The Alumni Association presented the 2022 Alumni Awards to these alumni at the November 12 Homecoming Banquet: 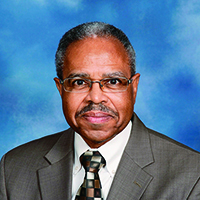 Dr. Joseph Harris ’81, ’85 serves in the Oklahoma United Methodist Conference as Assistant to the Bishop, Director of Communications, and Conference Secretary. He was the first African-American to be appointed as a District Superintendent to the Oklahoma Conference United Methodist Church. Dr. Harris has served as a senior pastor, adjunct faculty member in ORU’s seminary, chairperson for the Tulsa Human Rights Commission, and on several boards, including the Commission on the Black Church and the Missional Strategy Team of the Oklahoma Annual Conference. While serving as associate pastor at Asbury United Methodist Church in Tulsa, he directed Destination Discovery and helped make it one of the denomination's model ministries for latchkey children. The Human Relations Award from the Oklahoma Commission on Religion and Race is one of many he has received. He has written articles that were published in Good News Magazine and other publications, and contributed to a book titled Keeping Your Balance in an Immoral Age. Dr. Harris did post-graduate work at Alliance School of Theology and has received an Honorary Doctor of Divinity degree from Oklahoma City University 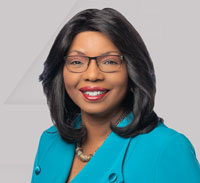 Cynthia (Gunn) Newsome ’80 is an award-winning journalist who has served as an anchor and reporter at KSHB 41 in Kansas City, MO, for the past 25 years. She now serves as the station’s Community Relationships Director. Previously, she spent 13 years as Weekend Anchor at KWTV Channel 9 in Oklahoma City and was a reporter at KFOR-TV and WKY Radio. Cynthia was inducted into the prestigious “Silver Circle” of the National Academy of Television Arts & Sciences (NATAS) for the Mid-America Chapter in 2012. In 1997, she founded an organization called Awesome Ambitions, a high school college and career readiness program for 8th through 12th grade girls in the Kansas City Public School District. Volunteer business professional women serve as mentors and coaches—inspiring, educating, challenging, and encouraging girls to set and achieve positive goals for their health, education, and future careers. Diagnosed with breast cancer in 2011 and again in 2019, Cynthia has shared her story on the air to help inspire and encourage other people battling serious diseases to have faith and continue fighting. 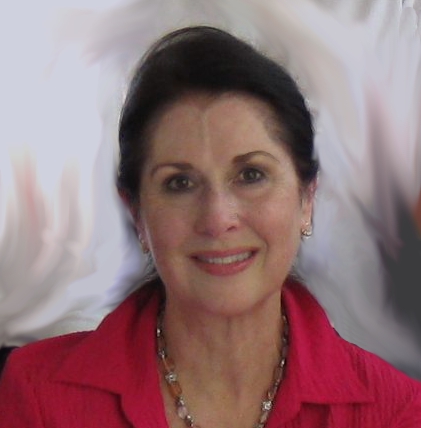 A. Starr (Adkins) Clay ’70 has spent 45+ years teaching, consulting, writing, and performing as a soloist across the globe. Her nearly 17 years on ORU’s staff included counseling and teaching Behavioral Sciences and eventually serving as Director of Counseling Services. As ORU’s first Director of Alumni Relations, she created the university’s inaugural alumni organization—establishing multiple chapters, expanding Homecoming, creating the governing structure, and setting the stage for alumni participation in campus projects and student scholarships. In the roles of Director of Corporate and Foundation Relations, Director of University Development, and Associate Vice President for Advancement, Starr was a key fundraiser for ORU during its primary growth years. After leaving ORU, she was named vice president of The Sheridan Group, a Washington, D.C. consulting firm where she focused on building strong boards and financial structures for universities and nonprofit clients across the U.S. She also served as president/co-founder of W. B. Freeman Concepts, co-authoring books for several publishers and establishing WBF’s own publishing brand. Currently, Starr is a member of the Florida UMC Board of Higher Education and Campus Ministry. She and her husband, Randy (ORU ’73), are semi-retired and live in Tallahassee, FL. 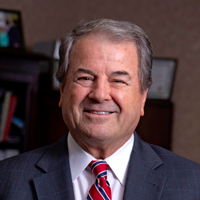 Dr. Michael Ash ’74 served as ORU’s Director of Intramurals and Dean of Men before going on to become Dean of Students/Assistant Principal at Victory Christian School and a counselor at Victory Christian Center. He led students on missions trips and helped prepare them for college. At Regent University (VA), he was Director of Counseling, Director of Student Services, Vice President of Student Services, and an adjunct professor in two of Regent’s schools. Moving on to State Fair Community College (MO), Dr. Ash held multiple leadership positions while earning his doctorate in Higher Education Administration from The George Washington University. In 2012, he became the president of Southeastern Community College (IA). Driven forward by Dr. Ash’s determination to serve the students with excellence, the school has experienced a refreshing turnaround, with new buildings, new programs, and significant fundraising success. Michael and his wife, Beth (ORU ’76), are also involved with numerous civic groups in their community, impacting all ages from K-12, business, and industry. 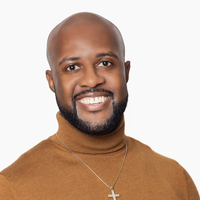 Dr. Robert Randolph Rush III ’11, “a revolutionary leader within the emerging generation,” has dedicated his life to serving as an encouragement to the Body of Christ. He is the founder and CEO of R.U.S.H. Ministries in Pacoima, CA, a teaching ministry committed to serving as an educational resource to churches and ministries. In addition, he and his wife, Brittany (ORU ’19), are the founders and pastors of Impact Church Los Angeles. As an influential strategist who travels to train and mobilize emerging leaders for national transformation, Robert feels compelled to motivate individuals to think from a higher perspective. He is passionate about edifying and encouraging individuals to live optimally, and is someone who exemplifies the spirit of wisdom and possesses an undeniable anointing for leadership development and prophetic teaching. At ORU, he was the administrative director of the International Worship Center. He has a master’s degree in Practical Theology from The King’s University and a doctorate in Transformational Leadership from Bakke Graduate University.

In 2020, another new award -- the Rising Servant Leader -- was presented for the first time.

At their November 2019 meeting, the Alumni Association Board of Directors voted to create a new award: The Rising Servant Leader Award. This annual award will be granted to a young alumnus or alumna who has received an undergraduate degree from ORU within the last ten years, and who has shown exceedingly outstanding, Christ-like character.