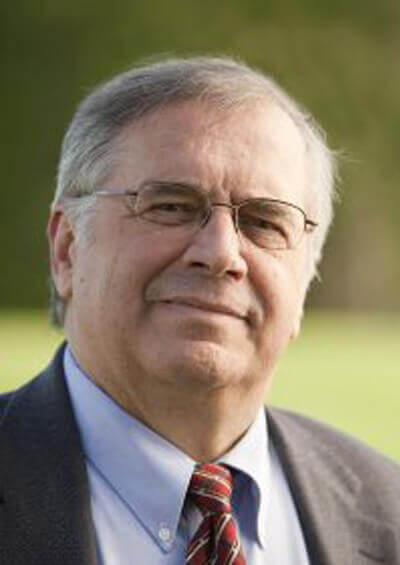 Dr. Peter Kuzmic (pronounced Kooz'-mich) is the Eva B. and Paul E. Toms Distinguished Professor of World Missions and European Studies at Gordon-Conwell Theological Seminary. A native of Slovenia and a citizen of Croatia in former Yugoslavia, Peter is the foremost evangelical scholar in Eastern Europe and an internationally recognized authority on the subjects of a Christian response to Marxism and Christian ministry in post-Communist contexts.

A former pastor of two growing churches and a practicing evangelist, Peter is the founding president of the Evangelical Theological Seminary in Zagreb/Osijek, Croatia, the first evangelical theological college in Eastern Europe with a graduate program. He was also a co-founder and chairman of the Council of the Evangelical Christians of (former) Yugoslavia, and serves as president of the Protestant Evangelical Council of Croatia. His other leadership roles included the chairmanship of the Theological Commission of the World Evangelical Alliance, the Lausanne Committee for World Evangelization, and the International Board of AD2000 and Beyond.

As founding president of Agape International, an evangelical relief ministry in Croatia and Bosnia, Peter takes an active role in ministering to the physical and spiritual needs of his fellow citizens. His expertise on the Balkan conflict has earned him the privilege of being regular source for international media and serving as an advisor on reconciliation for international leaders. He also is a member of the Helsinki Committee for Human Rights in Croatia and has participated in several inter-ethnic reconciliation initiatives. Peter has received the Presidential Award for Peacemaking from the President of Croatia, as well as the Outstanding Citizen Award with the Golden Medal from the city of Osijek, Croatia, and several other national and international awards.

Peter is in great demand as a speaker. He has ministered on every continent and in more than ninety nations. His global platform has included plenary addresses at Lausanne, Urbana, the European Leadership Consultation, the National Association of Evangelicals Fiftieth Anniversary, as well as other international gatherings. At the request of Mikhail Gorbachev, he moderated a plenary session of the State of the World 2000, "Peacemaking and Reconciliation: The Religious Challenge," convened by the Templeton Foundation concurrently with the United Nations Millennium summit in September 2000.

An award-winning writer, Peter has authored nine books, including a major study on the history and influence of Slavic Bible translations upon their literature, languages, and culture. He has written two interactive textbooks, The Gospel of John and Biblical Hermeneutics for Global University, which have been translated into many languages, including Chinese, Arabic, and Persian. He has also contributed to numerous compendiums, handbooks, and encyclopedias. He has served as editor of Izvori, a Christian journal in the Croatian language, and on editorial and advisory boards of several international journals including the European Journal of Theology, Evangelical Review of Theology, Religion in Eastern Europe, Transformation, and Kairos. Peter is also a regular columnist for several religious and secular newspapers.

Peter and his wife, Vlasta, have three daughters: Tatiana, Kristina, and Petra and eight grandchildren. He presently divides his time between ministry in Eastern Europe and Gordon-Conwell Theological Seminary.