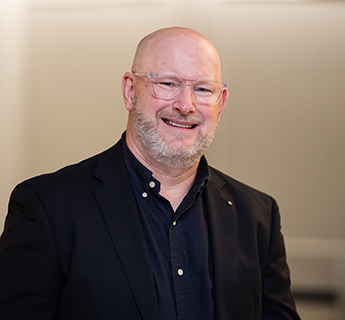 Pastor Russell Evans is one of the leading international Christian communicators of this generation and is highly sought after. He has a rich, multi-generational ministry heritage that enables him to effectively communicate to people of all ages and church backgrounds. His style of preaching is highly relatable and disarming while delivering profound truth and revelation gained through personal experience and encounters with God. He is very sensitive to spiritual atmospheres and carries an anointing to bring breakthrough and freedom.

Prior to founding Planetshakers Church in Melbourne, Australia, Pastor Russell served faithfully under his father’s leadership as Youth Pastor at Paradise Church in Adelaide, South Australia. He also served as the national leader of the Australian Youth Alive movement and as a member of his denomination’s state executive. In 2004, He founded Planetshakers Church alongside his wife Sam and children-Jonathan and Aimee. Since commencing, the church has established multiple campuses, both locally and internationally, and serves around 21,000 members. The annual Planetshakers Conference, held in multiple locations around the world, has grown to over 45,000 attendees and has a reputation of being the place to be immersed in powerful and anointed praise and worship, experience significant encounters with God, receive life-changing revelation and be refreshed and inspired to fulfil your destiny in every sphere of life. Planetshakers also provides praise and worship music to millions of people across the globe via albums, television broadcasts, concert tours and social media. It’s powerful, contemporary and relevant style seamlessly crosses barriers of race, age and culture to impact all who come into contact with it.

Pastor Russell carries a distinctive apostolic anointing and a genuine desire to collaborate with others to build the Kingdom of God together in unity. As a result, he enjoys close relationship with many leading ministers around the world and is especially committed to seeing young leaders identified, encouraged and empowered to rise up in the church at large. He is passionate about empowering all generations to impact their world for Jesus through daily encounters with God, spiritual impartation and discipleship. He is also integrally involved in social justice initiatives both locally and internationally.