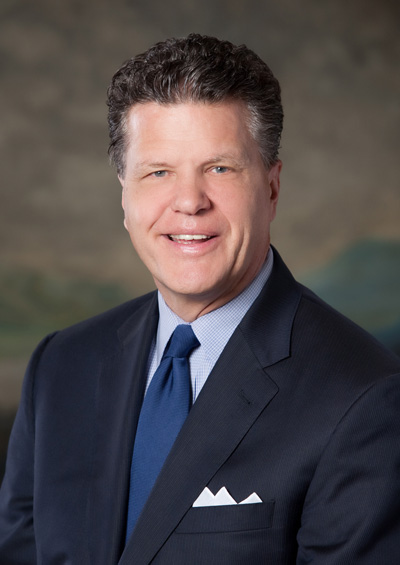 Robert (Robin) W. Tull, Jr. is founder and president of Tull Financial Group, Inc., a wealth management and financial planning firm in Chesapeake, VA. Robin, as most know him, has more than 30 years of experience providing highly individualized personal and business financial planning advice, and specializes in the areas of retirement and estate planning. Robin’s knowledge in planning and investments has made him a sought-after contributor to many nationally known publications such as The New York Times, USA Today, The Wall Street Journal, Reader's Digest, CNNfn, SmartMoney Interactive, and Financial Planning Magazine. He is also a former “Ask the Expert” on Quicken.com's retirement website and has appeared as a frequent guest on the show CBN Newswatch. His firm earned a coveted spot in Wealth Manager Magazine's ranking of America’s top wealth managers for ten years in a row. Robin has been a Certified Financial Planner practitioner for over 30 years, having served on the national board of directors for the Institute of Certified Financial Planners in Denver, CO, and as past-president of the local Hampton Roads, VA, chapter. His passion to help people improve their lives through sound financial planning crosses over into the community which he fervently serves. Robin has been a Rotarian for more than 25 years, having served in various capacities including being honored as past-president of the Rotary Club of Chesapeake. He serves on the Chesapeake Hospital Authority board for Chesapeake Regional Medical Center and is past-chairman of the Chesapeake Regional Health Foundation Board. He served on the Old Point National Bank Regional Advisory Board and the City of Chesapeake’s Other Post-Employment Benefits Board. Christian education is very important to Robin, leading to his time spent as chairman of the Atlantic Shores Christian School Board and serving on the Alumni Board of Oral Roberts University. Robin received his Bachelor of Science degree from ORU in 1981, and then entered the financial planning profession after receiving an MBA with a concentration in finance from The University of Houston. While attending ORU, he met his future wife Cathy (Climpson, class of 1982), who is today a passionate educator teaching science. Robin and Cathy’s enthusiasm for ORU was passed on to their children, three of whom followed in their footsteps also attending ORU (Andrew, class of 2010; Courtnay, class of 2011; and Victoria, who went on to graduate from Old Dominion University in 2017. Their youngest son, Philip, is a 2014 graduate of Southeastern University where he was recruited to play soccer.) Together they enjoy making time spent with family a priority. They often gather for ski trips in Steamboat, CO, or travel through Europe, where Robin has completed three cross-country cycling tours. Robin and Cathy currently attend Riverbend Church in Suffolk, VA, where they continue to actively serve and support the community they love.