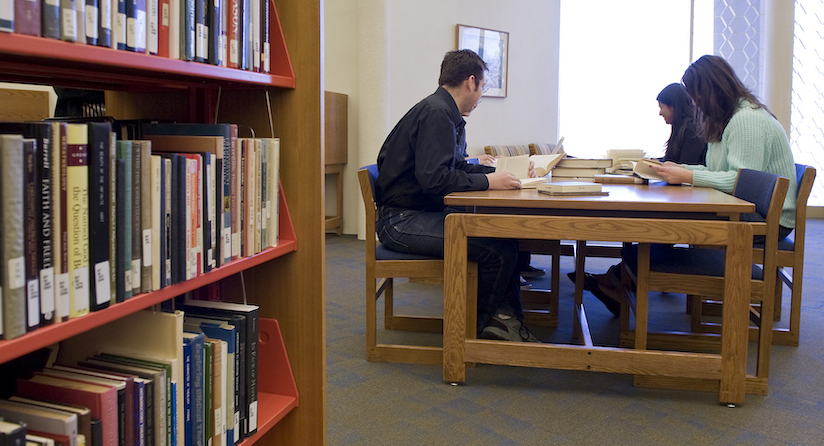 ORU recently introduced the new phrase “Whole Leaders for the Whole World” to describe the Spirit-empowered students of Oral Roberts University. Dr. Andrew Lang, Chair of the Computing and Mathematics department, sees a whole leader as “someone who is a spiritually intelligent and conscientious person who maintains a physically active and healthy lifestyle – strong in Spirit, mind, and body.” Lang, who has been serving at ORU since 1998, recently contacted us to let us know about two Chinese mathematics students who he says exemplify these qualities, Qiwen Li and Ailin Li.

Qiwen left her hometown in Shenzhen City and arrived at ORU in the spring of 2017. Lang was impressed with her work ethic even though she was struggling to communicate in English. Toward the end of 2018, he encouraged her to register for the Putnam exam, an annual nationwide mathematics competition which is often considered the hardest test in the world.

Lang explained that, while the maximum score of the exam is 120 points, the median score of those who take it is zero.

“Most mathematics majors and physics majors, basically people who are meant to be good at math, take the test and score zero,” he said. “I encourage my students to take it because it is a humbling experience.”

Qiwen recalls taking the six-hour exam for extra-credit points in a Discrete Mathematics course. To her delight, she scored one point.

“I just wanted to experience how hard the Putnam was,” Qiwen said. “I never thought I could score in the exam!”

The questions on the Putnam exam are in “highly technical English, regarding high-level abstract concepts” that can perplex even students whose first language is English, but Qiwen still excelled.

“Qiwen scoring on the Putnam exam was very exciting because it places her in the top five to ten percent of mathematics students worldwide,” Lang said.

Ailin began her studies at ORU one semester before Qiwen. Math had always been her favorite and highest-scoring subject in school, so she chose to major in mathematics, understanding that it is a challenging but versatile degree that will open doors to multiple career options.

“I think mathematics is the basis of all other subjects,” Ailin said. “I enjoy playing with numbers.”

She invested herself in “playing with numbers” by becoming a research assistant to Lang.

Throughout her college career, Ailin has been part of three undergraduate research projects, whose main focus has been modeling the academic achievement of university freshmen. Whether she was studying the Fitbit physical activity statistics of freshmen or assessing chronotypes as a predictor of academic success, Ailin compiled and analyzed data along with her research team colleagues. When the 22-year-old graduated in December 2019, she did so with all three of these research projects published in academic peer-reviewed journals.

Besides being a dedicated student, Ailin is a “natural leader,” Lang said. Outside of the research projects, she has also served in the Global Ambassadors Program as a mentor to incoming international students.

Ailin appreciates that the Chair of the Computing and Mathematics department is “so smart but humble.” From his example in leading research projects, she has learned that a leader does not just delegate tasks but goes alongside their colleagues and shows them how to accomplish those tasks.

Regardless of her success academically, Ailin recalls how she struggled socially during her transition from China to living in America.

“My first semester was lonely. I didn’t have friends and my English was very bad. It was hard to understand what people were talking about, so it was hard to start a conversation. Also, the culture here is different.”

Lang expressed his admiration for both Ailin and Qiwen for venturing out to another country for their higher education.

He recalls that when he first met them he recognized that they were both naturally gifted in mathematics, but the language barrier made them shy and nervous to communicate their ideas.

“My heart went out to them and I believe the Holy Spirit led me to take them under my wing and mentor them to reach their potential,” Lang said.

His office became a refuge where Qiwen and Ailin could practice English without worrying about making mistakes.

Qiwen appreciates Lang for supporting her through her studies.

“Dr. Lang is more like a friend to me,” she said. “It is quite fun to come to his office to talk with him because he respects my opinions and shows me great patience during our conversations.”

Ailin and Qiwen even began teaching Lang a few phrases in Mandarin, a cross-cultural exchange that has led to him taking five semesters of Chinese classes at ORU over the past three years, with some of his recent lessons covering the whiteboard in his office.

After graduation, Qiwen plans to go to New York for an internship opportunity while Ailin is preparing for graduate school.