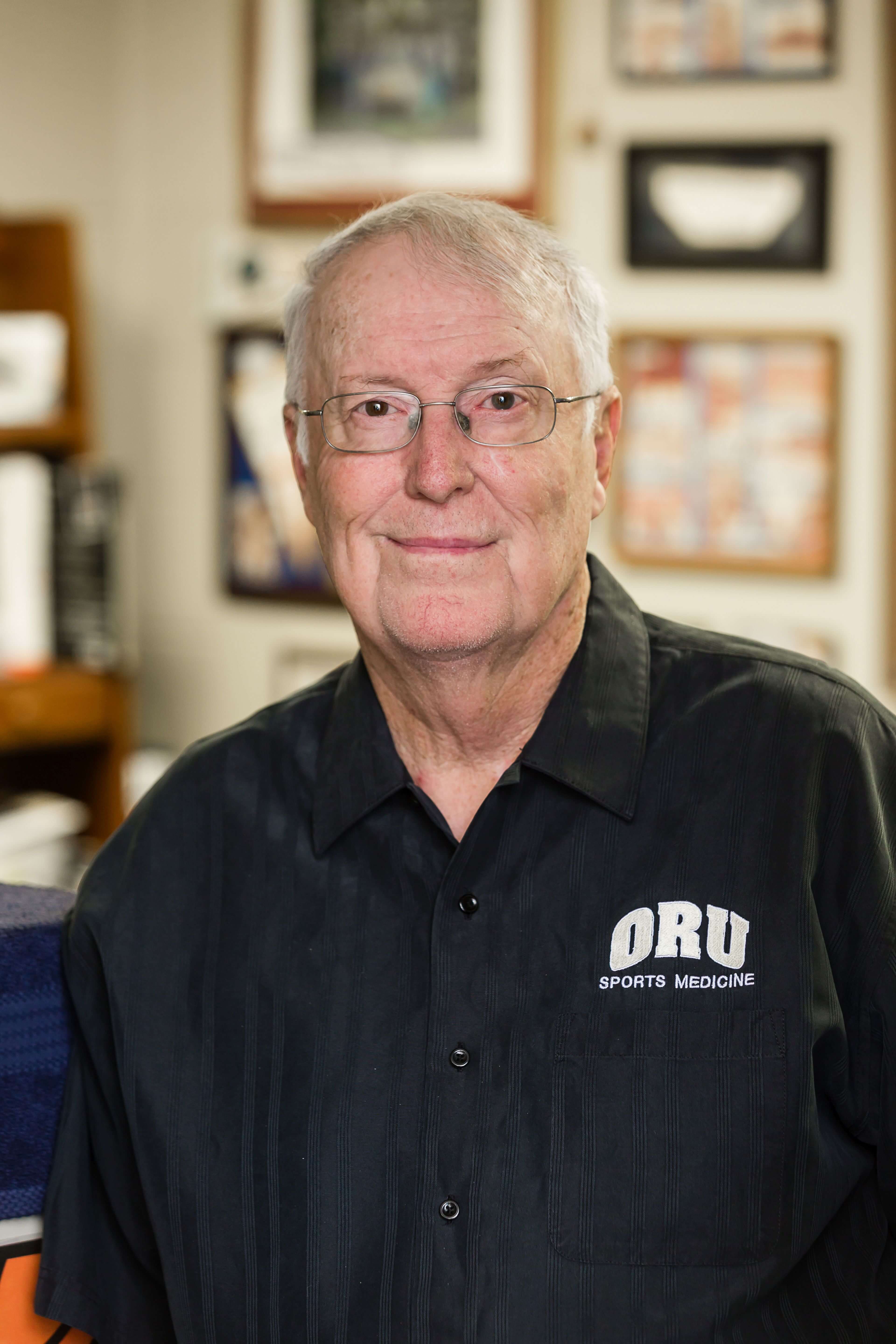 After taking one step into the office of Glenn Smith, one can’t help but notice the dozens of books and pictures that chronicle his tenure here at ORU. Glenn Smith, known as Smitty by many of the faculty and students on campus, has been working in the athletic department at ORU for over 40 years and has maintained the same excitement and enthusiasm that he had when he started on June 1, 1972. Smith’s passion for sports and health fitness and his love for the students of ORU are undeniable and epitomize the whole person education this university teaches.

Coach Smith's classroom philosophy is to make class enjoyable so the students can see the discipline as a possible vocation after graduation. He enjoys joining with students in active competition during his racquetball course. In the past 46 years he has built an incredible record of 2,300 wins and only 17 losses while playing racquetball against his students. Coach Smith says, "It is so much fun to see them later in life and they still remember those fun times competing on the racquetball court with me". What he enjoys about teaching the most is being around the wonderful staff and faculty at ORU and the tremendous students he has had the opportunity to teach over the years.

Shortly after receiving his master’s degree Smith was asked to work as the athletic trainer at ORU by Oral Roberts himself. Smith was considering working as a trainer for the St. Louis Cardinals but turned down that offer to come work at ORU. Smith was the only personal trainer at ORU for 38 years and worked extensively with the baseball and basketball teams during that time. He has seen many memorable moments over the years. One game that particularly stands out to him is the ORU men’s basketball victory over No. 3 ranked University of Kansas in 2006. Smith also met his wife, Mona, at a basketball game against Creighton University in 1975.

Smith maintained a close relationship with Chancellor Roberts. Oral Roberts once told Smith, “If anybody ever wants to get to you he has to go through me.” The two would often travel together and play golf with each other on the weekends. Smith also rehabbed Oral Roberts after long preaching engagements when his body ached. He even helped Oral’s wife, Evelyn, recover from a hip injury.

Throughout his career Smith has received many awards and accolades. He was a 2010 ORU Hall of Fame inductee. He was also inducted into the Oklahoma Athletic Trainer Association Hall of Fame in 2013, and he has been named the head trainer for the Oklahoma all-state football game 24 times. In addition to this, Smith is a 2 time racquetball state champion and plays every day at 12 pm. He estimates that his record against students is around 5,000 to 4.

Glenn Smith’s impact on Oral Roberts University over the past 40+ years cannot be measured. He is beloved by faculty and students alike, and he hopes to continue to touch lives through athletics as well as everyday encounters.