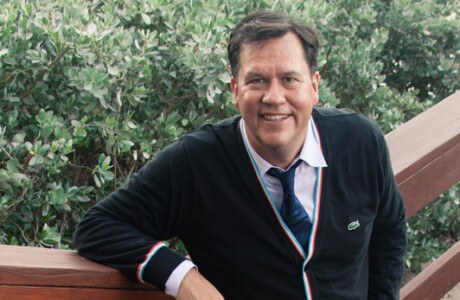 The Oral Roberts University (ORU) Board of Trustees unanimously elected Robert Hoskins board chair. Hoskins is stepping into this role that was filled by Mart Green since the new board was founded six years ago. Green will remain on the board as vice chair.

“I am thrilled for the opportunity to serve the Board and the University as we continue to build Spirit-empowered leaders that will impact the world with the hope of Jesus Christ,” said Hoskins. “Mart Green’s leadership was instrumental in establishing a dynamic and hard-working Board of Trustees that changed the course of this institution. The board is deeply grateful for Mart Green and his tireless service to ORU. We are committed to carrying on this tradition of excellence in governance.”

“I commend the Board for choosing Rob Hoskins as the next board chair for this world-renowned university,” said ORU President William M. Wilson. “Rob, who successfully leads a very substantial and effective global ministry, has a deep understanding of the opportunities for the globalization of ORU into the future. I look forward to working with Rob and the entire Board of Trustees as we dream about how we can equip students around the world in the 21st century."

Hoskins is currently President and CEO of OneHope, a global ministry committed to engaging every child in the world with God's Word. OneHope has already reached more than a billion children and youth in more than 140 nations and in 100+ languages. Hoskins produced “The GodMan," an animated children's film done in ten cultural worldview versions and translated into over 50 languages. The film is shown to millions of children every year.

Due to Hoskins' strong belief in forming and sustaining unified mission collaboratives he serves on the board of the Forum of Bible Agencies International, is founder of the Visual Story Network and served on the steering committee of the 4/14 Window Movement. He is also serving on the Strategy Working Group for the Lausanne Movement.

Hoskins earned his B.A. from Vanguard University and is an ordained general appointed missionary of the Assemblies of God. He is the recipient of John Maxwell's Equip Leadership Award and recognized by Charisma magazine as one of the emerging leaders of the church of tomorrow.

The officers for the ORU Board of Trustees also include Dale Wilkerson as treasurer and Glenda Payas as secretary.

For more information on the Board of Trustees go to www.oru.edu.