Religious liberty is recognized in the constitutions of most of the world’s countries. However, according to the best available studies, some 76 percent of the world’s population — an astounding 5.3 billion people — live in countries that severely restrict this fundamental human right. Oral Roberts University hosted Religious Liberty Week March 24-28, 2014 with speakers including Tony Perkins, Dr. Daniel Dreisbach, Dr. Timothy Shah, Leah Farish, Dr. Allen Hertzke and Jacqueline Otto Isaacs.

A pre-conference session was held in the ORU Learning Resources Center (LRC) with a Values and Capitalism Forum featuring Otto Isaacs, an ORU Alumna. Otto Isaacs is an MBA candidate at Johns Hopkins University and works in public affairs at a large non-profit organization in Washington D.C. She has appeared on Fox News and been published in “Investor’s Business Daily,” “The Daily Caller,” “Townhall,” “The American Spectator,” and “Red Alert Politics,” to name a few.

Dreisbach spoke on Tuesday, March 25 at an evening event. His lecture was titled “The Founders, Jefferson’s ‘Wall of Separation,’ and the Pursuit of Religious Liberty in America.” Dreisbach is a professor in the School of Public Affairs at American University in Washington D.C. He has authored eight books, including “Thomas Jefferson and the Wall of Separation between Church and State,” “Faith and the Founders of the American Republic,” and “The Sacred Rights of Conscience.” He has also been featured in numerous documentaries including “Charles Colson on Politics and the Christian Faith” and the recent PBS series “God in America.” 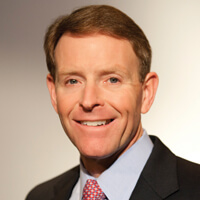 Wednesday featured Shah, who shared a lecture titled “Religious Liberty: The Christian Roots of a Universal Human Right.” Shah is the associate director of the Religious Freedom Project at the Berkley Center for Religion, Peace, and World Affairs at Georgetown University. He is the author of “Religious Freedom: Why Now? Defending an Embattled Human Right,” “Even if There is No God: Hugo Grotius and the Secular Foundations of Modern Political Liberalism” and “God’s Century: Resurgent Religion and Global Politics” with Monica Duffy Toft and Daniel Philpott.

The event continued with comments on religious liberty from Perkins, who is president of the Family Research Council. He is a former member of the Louisiana legislature and he is recognized as a legislative pioneer for authoring measures like the nation’s first Covenant Marriage law. Since joining FRC in the fall of 2003, he has launched new initiatives to affirm and defend the Judeo-Christian values that this nation is founded upon. Perkins hosts a daily national radio program and frequently appears on other national media. He also co-authored a book with Bishop Harry Jackson, Jr. “Personal Faith, Public Policy.”

Farish spoke on Thursday, March 27. The lecture was titled “The Future of Christians & Religious Freedom in the USA: Living Stones or Stumbling Block?” Farish has practiced law for over 20 years in the Tulsa area and has litigated nationally-known cases, including Paula Jones vs. William Jefferson Clinton. As an Honor Guard Attorney with the Alliance Defending Freedom and an Allied Attorney with the Rutherford Institute, she has represented many people of all faiths in religious civil liberties cases. Farish is considered an expert on First Amendment issues, and has spoken around the country and at the United Nations about human rights.

Hertzke concluded the conference at 7:00 p.m. on Thursday, March 27 with a lecture titled “Religious Liberty Is Not Enough: The Painful Lessons of South Sudan.” Hertzke is a David Ross Boyd Professor of Political Science and Faculty Fellow in Religious Freedom for the Institute for the American Constitutional Heritage at the University of Oklahoma. He is also co-chair of Georgetown University’s research project on Christianity and Freedom. He is the author of “Freeing God’s Children: The Unlikely Alliance for Global Human Rights,” “Representing God in Washington,” and co-author of Religion and Politics in America.”

The conference was sponsored by the ORU Christian Worldview Committee and was designed to help the ORU and Tulsa communities preserve their religious liberties.