ORU College of Education Holmes Scholar, Carolyn Stubbs, attended the AACTE Washington Week which was held June 6-8. During this three day event, Carolyn attended the Holmes Scholars Summer Policy Institute which included a keynote addressed by the President and CEO of the National Board for Professional Teaching Standards, Peggy Brookins, who described the National Board certification process. Holmes Scholars were also provided with advocacy tips by Deborah Koolbeck, the Director of Government Relations for AACTE.

The conference culminated with visits on Capitol Hill. Prior to these visits, participants attended Day on the Hill sessions where they were presented with tips for successful congressional meetings and were provided information on the proposed regulations for Teacher Preparation Programs. Participants were also briefed on how to work with the press and with staff in their local district or state congressional offices. On the final day of the conference, Carolyn joined a team of three OACTE leaders and members (Dr. Debbie Landry, Dr. Bryan Duke and Dr. Howard Kuchta) in visits to Oklahoma congressional offices. The team visited the office of seven Oklahoma legislators where they promoted the work of the Teacher Preparation Programs in the state of Oklahoma and expressed concerns about the U.S. Department of Education proposed legislation. 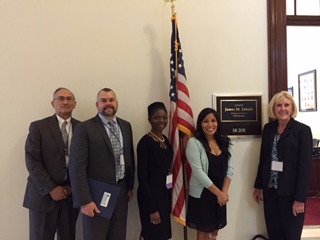 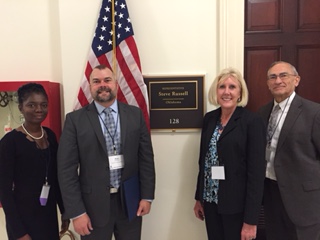