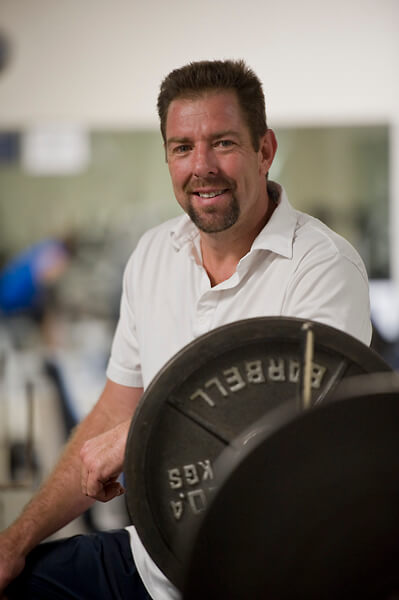 Tony Domeck started working at Oral Roberts University in 1993, and has been teaching since 1996.  Tony was the Director of Intramurals at ORU from 1996 to 2003.   Prior to that, he was on the Coaching Staff for both Oral Roberts University and St. Louis University, respectively from 1991 to 1995.  In fact, during that time, Tony assisted in the effort to assemble a team at ORU that made it to the Elite-8 in 1995.

Tony has a passion for fitness and health, and he enjoys sharing the principles of health and exercise with the students whom he instructs in the HLSS department.  In the past decade, he has been blessed to be able to work alongside the faculty and staff members within the HLSS department as he loves his job.  In doing so, Tony strives to incorporate a Spirit-Mind-Body philosophy held by our Founder, Oral Roberts.

Tony seeks to maintain an active lifestyle and has been able to compete in various sports through the years.  He has competed throughout the United states in several triathlons, played competitive sand-volleyball, Adventure Racing, and Mountain Bike Racing.  Currently, his activities include teaching his own children a love for outdoor activities and exercise such as mountain biking, hiking/camping, running, football, basketball, and baseball.

Tony married his wife, Claire, in 1998 and they have five children.  They aspire to teach their children a love for God first, and eventually hope to steer them in the direction of Oral Roberts University!

Tony was commissioned in the US Army in 1983 and served in the Reserves as a Platoon Leader in the 455th Engineering Company until 1986.  Tony earned his Bachelors of Science in Marketing from the University of Idaho in 1986, and he completed his Masters in Business Administration at Embry Riddle University in 1988.