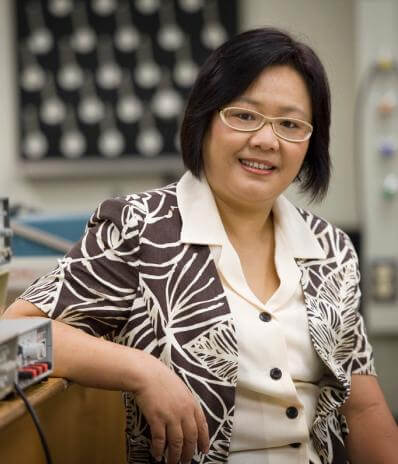 “I believe that building a good relationship and entering a mentoring relationship with students are very important in helping retention among students.” When speaking with Dr. Sophie Liu, you will find that this quote by her is honestly true. Dr. Sophie Liu came to ORU in 2001 from Singapore where she returned a year later in 2002. This wife and mother of three boys again returned to ORU in 2004 after knowing with certainty that this was where God wanted her.

Dr. Sophie Liu is the only female engineering professor in the department. She teaches Electrical Engineering courses with her research interests of image processing and object recognition. Dr. Liu is very passionate about keeping her life balanced: being a mom, a wife, a professor and a Godly mentor. She wants everyone student to feel and know “you can do it!” Being the first woman professor in her department, she wants to encourage young women to feel empowered and confident while being a good role model for them all. If anything, Dr. Sophie Liu wants to impress upon all her students that “good grades are important, but they need to glorify God."

When Dr. Sophie Liu has time off to relax she enjoys reading educational and family novels, cooking, being an active member in church, watching comedy movies, and of course glorifying God physically through her favorite physical activity, badminten.

In 1995, after Dr. Sophie Liu found the Lord she realized an analogy of what her life was before. She compared herself as just a young Chinese girl like everyone else to a 1D life. When she married her husband her life was finally 2D. The day she had her first child her life became 3D, but that day in 1995 when she met the Lord, her life became more than phases of dimension, her life had purpose and meaning, all through the glory of God.