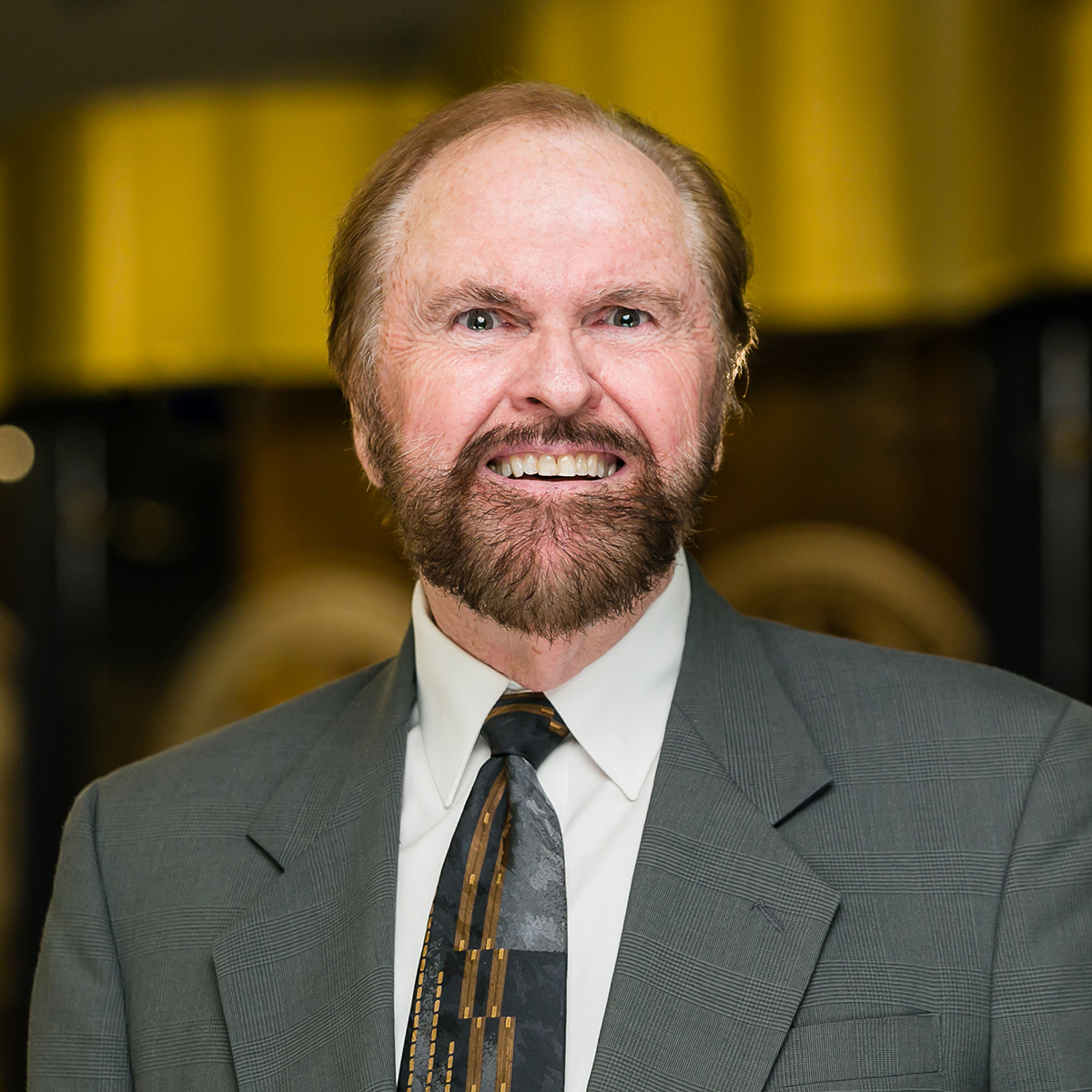 Professor Sonny Branham, now in his 19th year at ORU, brings with him more than 25 years of industry and life experience both in journalism and the banking industry. He and his wife Judy distinguished themselves in journalism and small business ownership as the youngest publishers of a weekly newspaper in Kentucky, The Cumberland County News, in Burkesville, KY from 1974 through 1980.

They doubled the circulation of the newspaper and tripled the advertising revenue before selling their award-winning publication to their former journalism college professors in 1980. During those five years, the newspaper won state and national acclaim for writing and photography, including Best Locally Written Column, Best Sports Picture, and Best Newspaper Overall in Circulation Division.

Branham was selected for a term as President of the Kentucky Weekly Newspaper Association, the youngest person selected by his peers for the position. He continues to be a member of the Tulsa Press Club and the National Press Club in Washington, DC.

Branham’s distinction in the community for his honesty, integrity, hard work, and community activism made him a prized product for the financial service industry outlets in the area. He chose to go with a bank that offered him stock and the opportunity for professional development. He attained a Certificate from the Kentucky School of Banking in Lexington, KY in 1982.

After moving up the corporate ladder from teller, to assistant cashier, to Vice-President and Chief Operations Officer, to Vice-President and Chief Financial Officer, Branham eventually left the bank in 1980 to begin as an adjunct instructor at ORU in the Fall Semester of 2000. During the 1980s and 1990s, he taught social studies as an adjunct instructor at Lindsey Wilson College, a United Methodist Church-affiliated school.

From his years of journalism, small business ownership, financial service industry and academic experience, Professor Branham brings his leadership and vision for community activism, civic responsibility, and social concern. In his government and politics classes, Professor Branham encourages his students to possess these attributes as they make their transition to young professionals in the workplace.

Prof. Branham has served in leadership roles both in the Tulsa community and at ORU, including his long-running tenure as a director the United Nations Association of Eastern Oklahoma, a member of the Tulsa Global Alliance, and as a private political consultant. He also serves on the board of a number of advocacy groups and non-governmental organizations (NGOs), providing extensive networking and potential career opportunities for his students.

Prof. Branham serves on numerous university committees including the Christian Worldview Committee, Green Campus Committee, and the Quest Whole Person Scholarship Committee. He has been the academic advisor for the award-winning Oklahoma Intercollegiate Legislature delegation, the Model Arab League Delegation, and the long-time advisor to the Model United Nations delegation. He also places students in different political campaign opportunities and helps secure internships for students interested in politics and government.

He describes himself as “a half-way decent civics teacher who loves the students,” not as a scholar or researcher. However, he has produced two textbooks used for the American Government and Politics (GOV 101 class).  Custom publications designed particularly for ORU include “I Pledge Allegiance to the Flag:  Readings in American Government” published by McGraw-Hill and “And to the Republic for Which it Stands,” a comprehensive textbook from Pearson Publishing Company.

Prof. Branham is acknowledged for his strong faith and passion for faith integration, focusing on developing future political leaders to be Christ-like in character. He challenges students to live their faith and hear God’s voice in their chosen professions, especially in the popular Christian Faith and Government class.

Professor Branham, who earned both bachelor and masters degrees from Western Kentucky University in Bowling Green, and completed the ORU Teaching Excellence Program. He was rewarded with a promotion to the rank of assistant professor.

In the Fall Semester of 2012, Branham was named a Sabbatical Fellow at the American Studies Program (ASP) in Washington, DC. ASP is a distinguished component of the Council for Christian Colleges and Universities (CCCU) Best Semester program. He continues a strong working relationship with leadership at CCCU due to the intimate connection he established with the group while on ORU sabbatical leave.  He is also affiliated with the DC-based National Council on U.S.-Arab Relations and a member of the National Press Club. Professor Branham is also a Lay Speaker certified in The United Methodist Church.