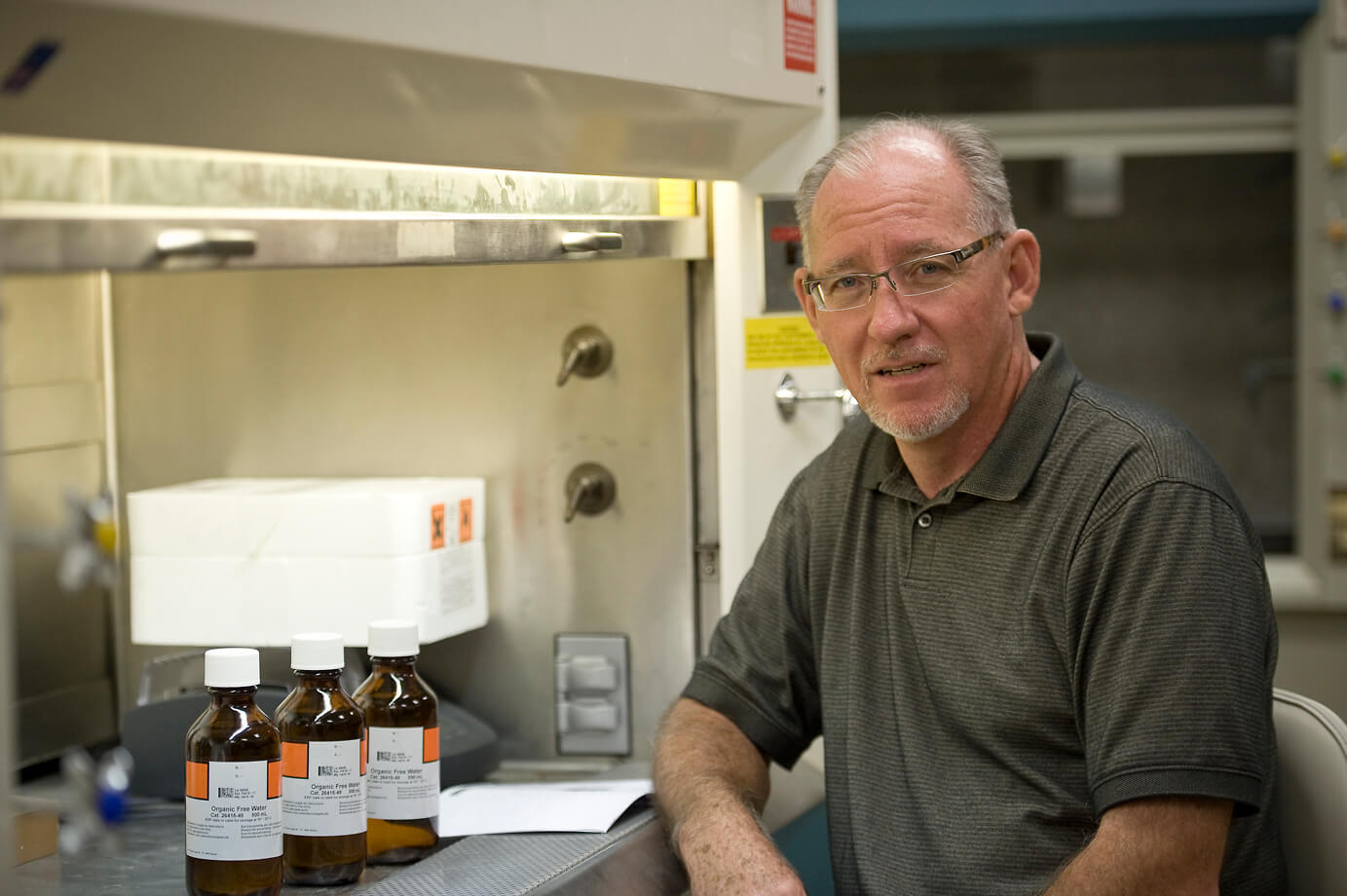 Though his main passion is chemistry, Dr. Robert Stewart also enjoys fishing and golfing in his free time, along with restoring muscle cars from the 1960s and 1970s.

Dr. Stewart has been teaching biochemistry for more than 20 years with a Ph.D. from Johns Hopkins University and has recently graduated from Oral Roberts University with a master's in biblical literature on the exorcisms of Jesus. Dr. Stewart has also worked as a research scientist in the energy field. "I consider myself both an educator and a research scientist," he says. He is passionate about chemistry and has taught multiple chemistry classes: Physical Chemistry, General Chemistry, Organic Chemistry and Analytical Chemistry.

But Dr. Stewart has not always been a chemistry teacher. He has been involved in missions work in the former USSR with a home-mission outreach in the Korean community. While involved in missions, he also travel to Paul Chou's church in Seoul, Korea. After hearing about the ministry of Oral Roberts and the school he had founded, Dr. Stewart had an interest in moving from the East Coast where he joined the faculty of Oral Roberts University, striving to empower young men and women to follow their dreams and God's calling on their lives.

He now lives with his wife in Owasso. They have one son, Jason, who graduated from Oral Roberts University in 2004 with a Bachelor of Science in Business.

Dr. Stewart hands most of the credit of what shaped his career to his high school science teacher. "Most of the time her demonstrations failed, which was funny to the class and embarrassing to her," he says. "When I got to college and was thinking about a major, I thought of her problems with that demonstrations, so I decided to take some chemistry courses in order to try to find out what went wrong with her demonstrations." From there, he developed a love for chemistry. Dr. Stewart is now applying chemical technology to help train the next generation of chemists.

As a faculty member at ORU, he continues to reach out and encourage his students in becoming Whole Persons.