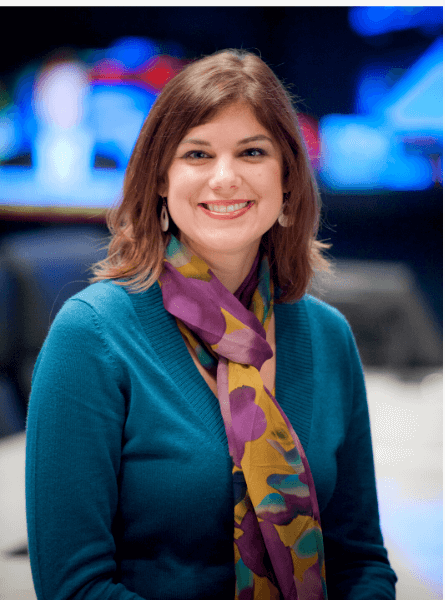 Even though Rebecca Gunn lived in California, she grew up knowing a lot about ORU. Her dad, an ORU alumnus, would travel with his family every summer to camp services in Tulsa.

“We would stay in the hotel across the street from ORU with the window facing [the school], so I just grew up knowing a lot about the school,” Gunn shared.

“The first bomb that went off was in the [subway] car we were waiting for, and if it had gone off five minutes later we would have been on that subway,” Gunn said. “God’s protection was just huge that day for my family."

Gunn worked in the admissions office and later as the Graduate School of Business Representative while completing an MBA. When a position to teach in ORU’s College of Business opened, Gunn was ready to step in. As a professor now, she enjoys the student interaction and the people she gets to work alongside.

“When I was a student I just loved the people on campus; when I was a recruiter I loved the interaction with potential students and once they got here-really seeing how excited they were; and now as a professor I love seeing the excitement students have for what God has called them to do,” Gunn expressed.

When she is not teaching, Gunn enjoys visiting coffee shops, photography and traveling. She has been to 28 different countries and loves learning about new cultures. However, Gunn agrees that there is no place like ORU.