Associate Professor of Missions, Graduate School of Theology and Ministry 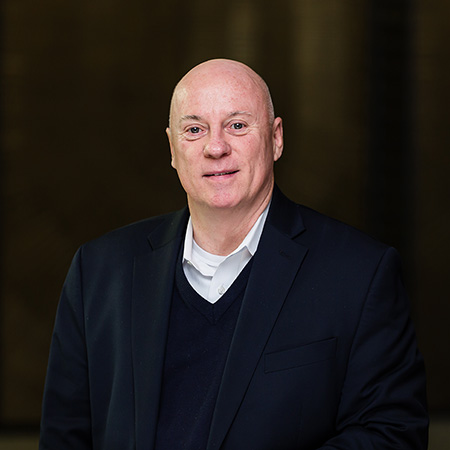 Raymond Smith's life really began after college and after returning from service in the Army. At that time, he ran into an old friend and notorious drinker who had found God. The guy wouldn't leave Raymond alone. "He hounded me all the time to go to church with him, and he gave me a book to read that I kept putting aside for later," Raymond remembered. Finally, he wore me down. "I went to church with him and saw a vibrant spirituality I had never known. I went home and read that book (They Speak With Other Tongues by John Sherrill) and I knew I was missing something big in my life." It took several days before he could locate his friend who was out of town, but on July 19, 1972, Raymond Smith met the Lord and nothing has been the same for him since that day.

The first person Raymond led to Christ was Cindy whom he later married. To this day, the year 1972 is so important to the couple that whenever they can they have 1972 as the last four digits in their phone number.

From the start, Raymond felt a call to the mission field. His first overseas service was to Hungary and Romania in 1974. He and his family - that ultimately included Cindy and four sons - served in many countries, but of them all Italy holds a special place in his heart. He began feeling a burden for Italy after meeting John Tardibono, an Italian immigrant to the U.S. who had found the Lord while visiting in Oklahoma. Raymond met John toward the end of John's missionary career to Italy. Raymond prayed to God to allow him to work with this man so on fire for the Lord. It wasn't long after that Raymond was asked to continue the work of John Tardibono in Italy. Though he never got to work side by side with Tardibono, God did answer his prayer. He went to Italy as a missionary.

Altogether, Raymond and Cindy worked as missionaries for 31 years. Then, while home on furlough in the U.S., their car was rear-ended and Raymond ended up in physical therapy for several long excruciating months. During this time, he finished his theology degree, then went on to complete his masters at ORU and his doctorate at Asbury Theological Seminary in 1999. Though Dr. Smith wanted to return to Italy in the worst way, the Lord had other plans. He got the call to come to ORU as Assistant Professor of Missions and Christian Education. He has been here ever since. Though he still hopes to one day return to Italy, he knows that ORU is where God wants him now. "The call has not changed, but the assignment has," Dr. Smith remarked. "It is a great privilege to train students who take the gospel literally throughout the world. I am continually reminded of how gracious God is that He would share with us the words of life and give us the privilege of sharing them with others."