Senior Professor of Theology, Graduate School of Theology and Ministry 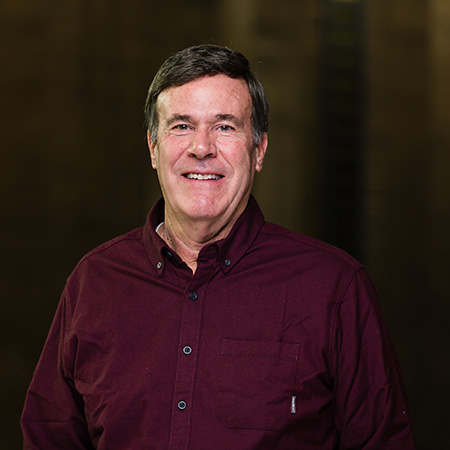 Long before the book, movie and television program Friday Night Lights immortalized life at Permian High School in Odessa, Texas, Larry Hart attended school there. In fact, he was a student there when the football team won their first state championship and the dynasty was born. Larry was class president all four years in high school and a member of the Silvertones, a singing group named for his Sears Silvertone guitar. Among the quartet's members was famed country music singer Larry Gatlin, who organized the group.

A four-sport man-football, basketball, track and baseball-Larry narrowed his focus to basketball during his college years, earning his letter jacket as an ORU Titan (as they were called back then). Following God's call on his life, he earned his B.A. at ORU and his M.Div. and Ph.D. from Southern Baptist Theological Seminary in Louisville, Kentucky.

For many years he served in pastoral ministry in Indiana, Kentucky, Oklahoma, Texas and Florida. During that time, he planted two churches, one in Kentucky and one in Oklahoma.

Dr. Hart came to ORU in 1979 and served as the university's chaplain from 1981 to 1984. He has taught in the ORU Graduate School of Theology and Missions for more than 20 years.