Director of the Center for Israel and Middle East Studies 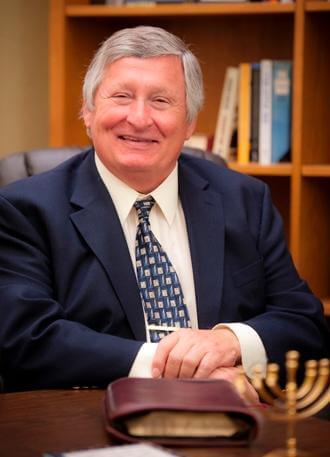 Raised in northeast Georgia, Dr. John Swails has never been a stranger to the field of education as his mom was a school teacher and his dad a pastor and college professor. However, it was not until a life-changing trip with his father to the Holy Land that Dr. Swails would realize his calling to Israeli studies. At the time, he did not care about the trip, but his father had paid for his ticket, so he decided to go. Much to his surprise, the trip birthed in him a lifelong passion for Israel and its people.

Dr. Swails earned an A.B., M.A., and Ph.D. in history from the University of Georgia as well as an M.A. in near east studies from Brandeis University. In 1993, Dr. Swails began teaching at ORU in the upper division history. Eventually he became director of ORU's Center for Israel and Middle East Studies.

Dr. Swails has been nominated as a Who's Who among American Teachers for multiple years as well as being named Teacher of the Year in the former ORU School of Arts and Sciences. He was also named Ally of the Year by the American Israel Public Affairs Commmittee, and in 2007, he was appointed to the U.S. Advisory Board of the International Christian Embassy in Jerusalem. In addition to his numerous awards, he currently meets with the Board of Governors for Ariel University in Israel.

Dr. Swails is married with five children: John, Jana, Jaffa, Jessica and Joel. His wife, Joy, is also a schoolteacher. In his spare time, he enjoys spending time with his family and reading, largely on the Middle East. To him, this reading is not work; it is simply keeping up and something he likes to do. Of course, he also enjoys traveling to Israel, a beloved place in his heart that he has visited more than 30 times.

Although he grew up in a Pentecostal denomination, Dr. Swails says he did not truly learn much about the Holy Spirit until attending graduate school in Boston. Today, he remains sensitive to the Holy Spirit and values people as "most important," a value his father instilled in him.