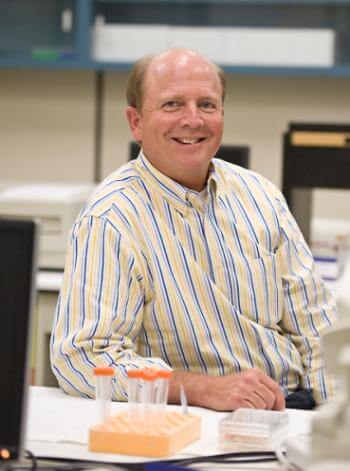 Born into a family of educators, it was only natural that Dr. John Korstad follow in his ancestors' footsteps and become a professor. John was raised in Northern California and attended California Lutheran College at Thousand Oaks. While he was taking a double major in biology and geology, John found himself profoundly influenced by his professors of faith. The training he received there had a definite spiritual impact on his life.

He earned an M.S. at California State University and then went to the University of Michigan in Ann Arbor to receive his Ph.D. During his third year at Michigan, he contracted hepatitis from infected food, and while recuperating at home one Sunday, he heard Oral Roberts preach on TV. His words planted a seed and in 1980 Dr. Korstad came to ORU as an assistant professor of biology. Since then, he has completed numerous research projects, published extensive articles, been the recipient of many academic awards and presented his ideas at a variety of conferences. He also has completed three sabbaticals, two doing aquaculture research in Norway, and in 2009 a research project on developing biofuels from algae.  Every summer Dr. Korstad teaches Limnology at the Au Sable Environmental Institute in Northern Michigan, and every two years he teaches a marine ecology class with the lab portion conducted somewhere in the Caribbean.

Dr. Korstad and his wife, Sally, have four daughters, all of whom have attended ORU. Two of his son-in-laws are also ORU graduates. The family enjoys traveling, fishing, hiking and scuba diving.