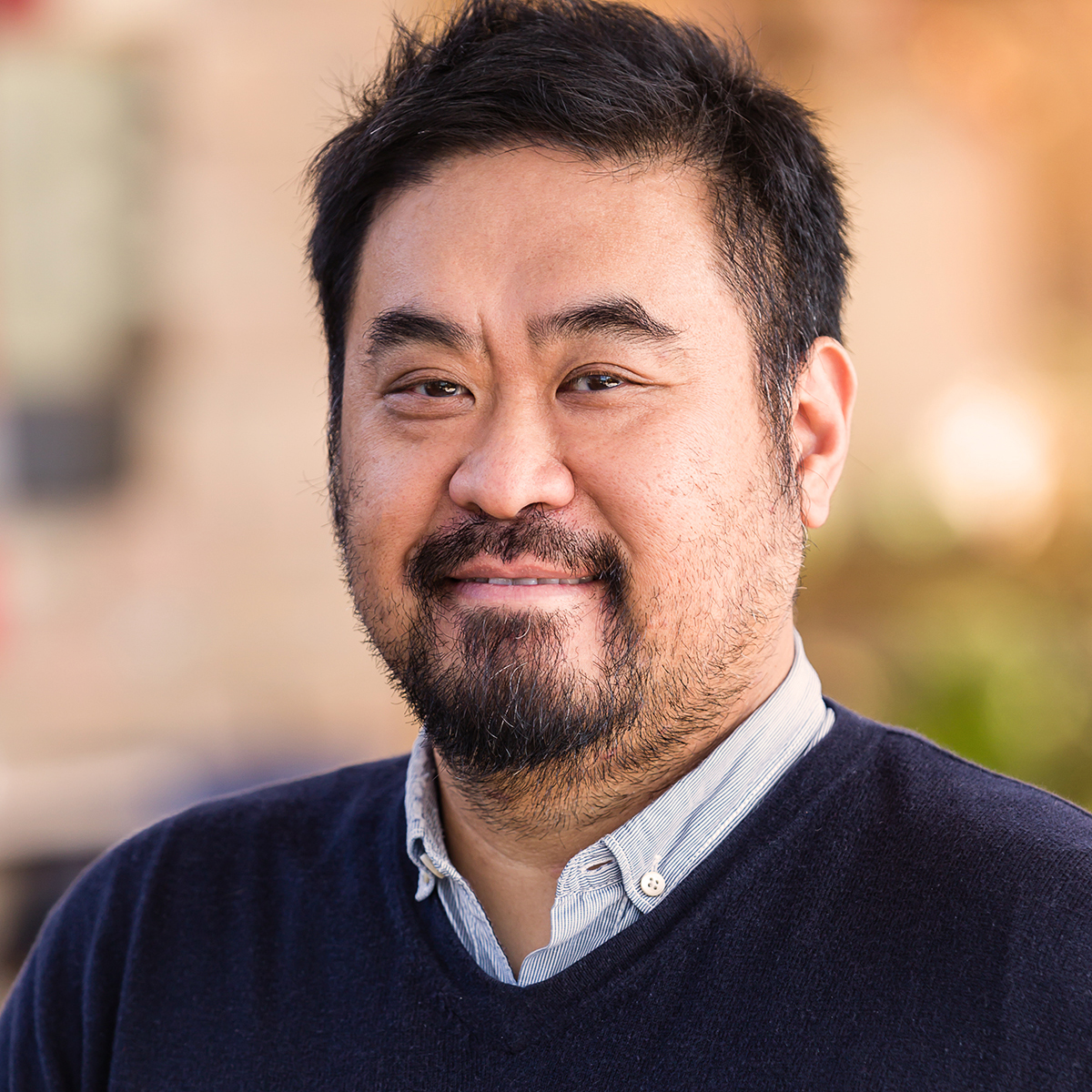 Jiwon Kim joined Oral Roberts University (ORU) with an international background of graphic design expertise and fine arts professional practice. He received his Bachelor of Fine Arts in Graphic Design and Drawing at Western Illinois University, Macomb, IL. Continuing his education, he completed a Master of Arts in Illustration Design and a Master of Fine Arts in Graphic Design at the Savannah College of Art and Design (SCAD), Savannah, GA.

Born and raised in Seoul, South Korea, Jiwon started working in fine arts at the early age of 6. He began his Graphic Design career in 1993, and after completing two years of apprenticeship of visual communication and 3D modeling in studio of private sector, he attended the University of Suwon majoring in Sculpture.

Leaving his hometown in 1998, Jiwon moved to the United States to obtain a Bachelor of Fine Arts in Graphic Design and Drawing at Western Illinois University.  While at WIU, he won numerous art awards and talent grants and produced many projects combining graphic design with 2-D and 3-D fine art works. During this time, he was highly influenced by the Swiss international style and Jan Tschichold’s New Typography, and this period of Jiwon's works were known for modern design and fine arts, often delivering elements of both in one design. His wide range of expertise in Art and Design encompasses a variety of medium and application.

Continuing his education, Jiwon completed a Master of Arts in Illustration Design and a Master of Fine Arts in Graphic Design at the Savannah College of Art and Design. As he touched both Modern and Post Modern at SCAD, he created personal expressive projects. His works tended to make non-subjective, non-function and non-specific application with deconstruction design study until he started to work for an agency where he began his senior designer career, and collaborated with Public Relations, Copywriters, Advertising, and Marketing. His creativity, passion, work ethic and ability to adjust to the ever-changing demands of clients made him an invaluable designer. When Jiwon decided to drop the Post-Modernism and Fine Artist style, it became apparent that he had the maturity and talent to take on projects without supervision. He was instrumental in winning several large accounts and was promoted to serve as Head Creative Director for this studio.

In 2009, he established his own practice in Seoul, Korea with co-worker, partner and wife, Mihyun Chung. They have embraced a wide range of design projects ranging from exhibition branding, special events campaigns, interactive design, editorial projects, promotional advertising, corporate identity and packaging.

He has exhibited Art and Design works in Korea, Taiwan, Turkey, and the United States and has taught at several different institutions continuing to nurture his love of Fine Arts. Professor Kim brings his case-studies, expertise, knowledge, and experiences of fine arts, design and illustration into his classes to introduce the fundamental skills of digital, 2D, and 3D currently used in the field of art and design.  In the classroom, his focus is on visual problem solving throughout the whole process of creation.  Each step of the process of making artwork provides an opportunity to learn the visual elements, aesthetics and the principle of visual organization to the art and design and the creation of two and three-dimensional works.  This helps to validate a student’s call to be a Christian artist and designer.

Kim enjoys what he does in teaching and continues to produce art and design works.  He believes God brought him to this position because there is a purpose for him to be at ORU. Excited to be part of ORU, Jiwon Kim looks forward to many years at ORU sharing his love of Art and Design with his students.