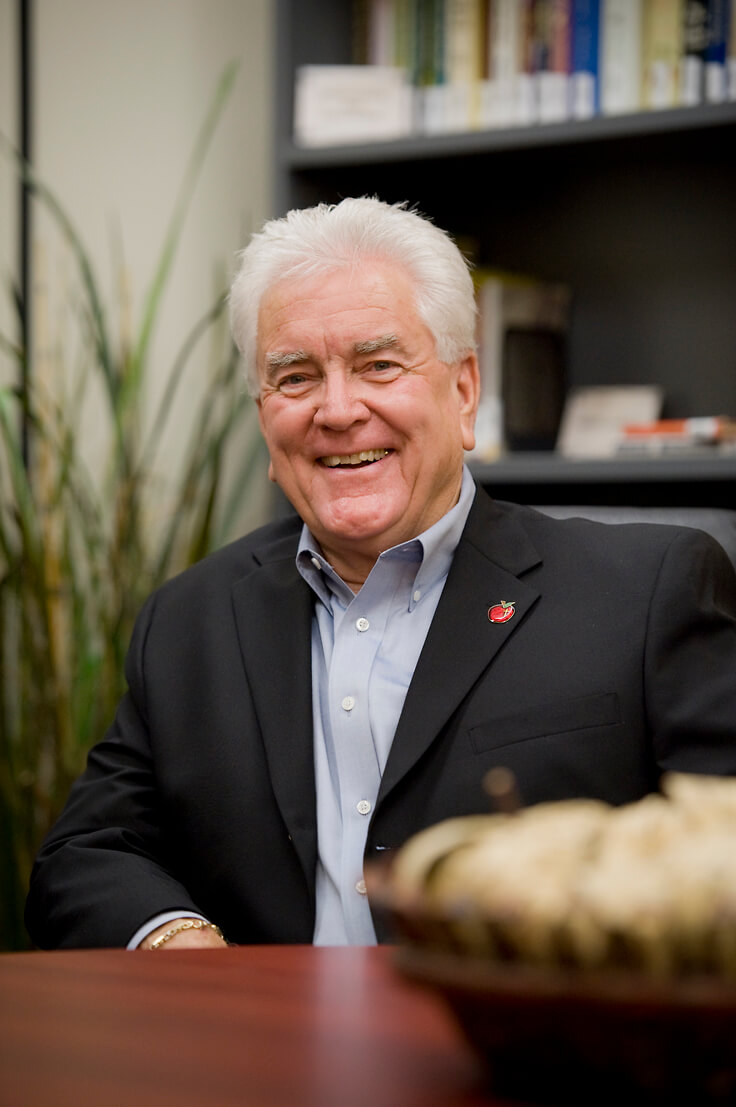 An Oklahoma boy all the way, Jim Myers grew up in Tecumseh and went to high school with Sharon who later became his wife. Jim earned a B.A. in Chemistry at Oklahoma State University and worked for the Dow Chemical Company, living in Michigan, Indiana, Missouri and Tennessee during his four-year career with the company.

Jim and Sharon missed Oklahoma and moved back to Tecumseh where Jim taught high school science for three years before becoming a teacher at the junior college that later became Seminole State College. Tecumseh wanted him back and hired Jim as a school administrator. He stayed on and was promoted ultimately to superintendent. Altogether, he spent 22 years in administration and three in the classroom in Tecumseh. During this time, Jim was also going to school himself, earning an M.N.S. and a Ph.D. in Educational Administration from the University of Oklahoma.

About this time, Jim was thinking he might want to do something different with his life. As it happened, the dean of the School of Education at ORU at that time was a former Oklahoma superintendent of schools that Jim knew quite well. A happenstance conversation they had led Jim to come to ORU in August 1997 to help facilitate the start of the doctoral program in education. God works in unusual ways to bring people to the places he wants them to serve.

In addition to his busy life at the university, Dr. Myers enjoys keeping up with his seven grandchildren, all Oklahoma natives, who play baseball, basketball, football, soccer, softball and wrestle. It's a busy life, but he and Sharon wouldn't have it any other way.