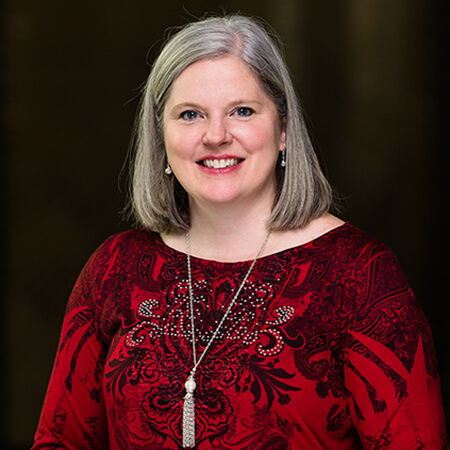 Dr. Jayne Ann Harder is an Associate Professor of Mathematics in the Computing & Mathematics Department of Oral Roberts University. She has been a professor at ORU since 2012.

Dr. Harder has previously served as an instructor at the University of Texas at Austin and as a professor at Southwestern University in Georgetown, Texas. Additionally, she taught mathematics at Austin Community College and at Kirby Hall preparatory school in Austin.

In addition to her academic career, Dr. Harder has worked in ministry and missions for many years. From 2003-2011, Dr. Harder served with her family on the Republic of Cyprus as the Research Director for SAT-7, a Christian satellite television network broadcasting in Arabic, Turkish and Farsi.  Today that network reportedly is seen by 21 million viewers in the Middle East and North Africa.

Dr. Harder is an ordained leader with the International Association of Healing Rooms and has served with that ministry since 2005. She is also the worship leader at her local church where she plays keyboard and sings. Dr. Harder and her husband David have four active sons.

“I am so honored to teach at a university whose mission is to build Holy Spirit-empowered leaders through whole person education to impact the world with God’s healing.  For many years I served as a missionary helping spread the Gospel in the Middle East. I have also been passionately involved in healing ministry for many years.  At ORU I have the privilege to combine my technical training and my love of God by teaching the next generation to do the same, whether as mathematicians, engineers, business people, or in a variety of professions.”