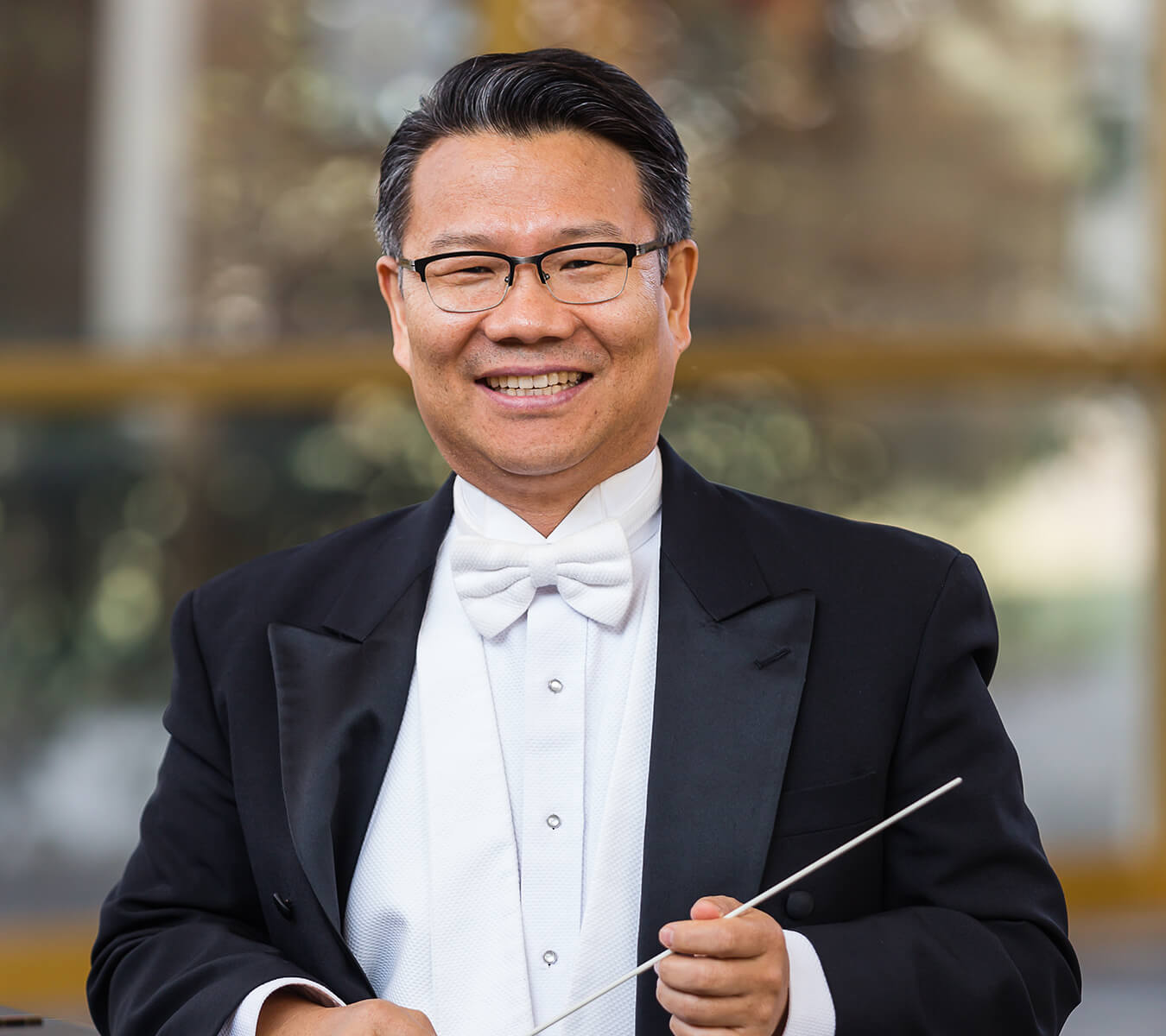 Dr. Imgyu Kang joined Oral Roberts University in 2017 as the Director of Choral Activities with nearly 30 years of experience as a vocalist, conductor, and instructor.  Prior to coming to ORU, he served in the same position at Western Nebraska Community College. He also taught Advanced Conducting at the University of Alabama from 2009-2012 and was the assistant conductor of the University of Alabama University Singers, all while holding his post during his time at Georgia State University.  His teachings draw from a wide-ranging repertoire, covering all periodic styles and genres, while incorporating many performance techniques and practices for vocal students as well as aspiring conductors, especially in facilitating the discovery of expression and spirituality in musical performance.

His duties as the Director of Choral Activities include directing the University Chorale, Chamber Singers, ORU Travelers; teaching Choral Conducting, Applied Voice, and Diction, coordination of choral activities and events and serving as an advisor to choral and conducting students.

Dr. Kang holds a Doctoral degree in Choral Conducting from The University of Alabama, where he studied choral conducting under the tutelage of Dr. John Ratledge, and orchestral/instrumental conducting with Dr. Kenneth Ozzello.  He earned his Master’s degree in Choral Conducting from Georgia State University under Dr. Alan Raines, his Bachelor’s degree in Vocal Performance from the University of Seoul, and his Master of Arts in Church Ministry from Luther Rice Seminary.  During his musical education, he has taken part in conducting master classes by Donald Neuen (a distinguished professor at UCLA) and Dr. René Clausen (a world renown composer and conductor of the Concordia Choir) and has earned many scholarships and awards for his abilities, most notably the Korean Honors Scholarship from the Korean American Embassy and a full scholarship and graduate assistantship at the University of Alabama and Georgia State University.

While at Georgia State University, he toured and performed throughout England and Eastern Europe. During his time at the University of Alabama, he performed at Spivey Hall in Clayton, GA and at Carnegie Hall in New York, NY. In May 2011, he organized a tour of six cities in South Korea, in which he conducted the Alabama University Singers in a performance at the Seoul Art Center, the most prestigious concert venue in South Korea.

In 2016, Dr. Kang served as a guest clinician to conduct the Western Trails Conference Honor Choir, which included students from Western Nebraska high schools and the Georgia Independent Schools All-Select Choir.  He has also been invited to serve in the same capacity at Regent Preparatory School and Tulsa Community College in Tulsa, OK in 2018.

In 2016 and 2018, Dr. Kang served as the Loyd F. Hawthorne Visiting Professor of Conducting at the Bassi Brugnatelli International Conducting and Singing Symposium in Robbiate, Italy. He was featured in several concerts throughout the symposium. He has also been invited numerous times to perform as a soloist and guest conductor in concerts domestically in Alabama,  Georgia, South Carolina, North Carolina, Tennessee, Florida,  Nebraska, Oklahoma, Utah, and internationally in Cuba, Italy, and South Korea.

Dr. Kang’s Master’s thesis was entitled An Analysis of Joseph Haydn’s Missa Brevis Sancti Joannis de Deo: A Comparison of Editions, Recordings, and the Missa Brevis Tradition, and his dissertation, Evolving Nationalism in Korean Music as seen in Ahn Eak-Tai’s Korea Fantasy and Missa Arirang by Huh Cool-Jae, was cited by Cool-Jae Huh in the forward section of the Missa Arirang score published by renown German music publisher, Carus (Carus 27.209).

Dr. Kang is also an active member of the American Choral Directors Association and has conducted and performed at the 2001 Georgia ACDA convention and the 2002 Regional ACDA convention.