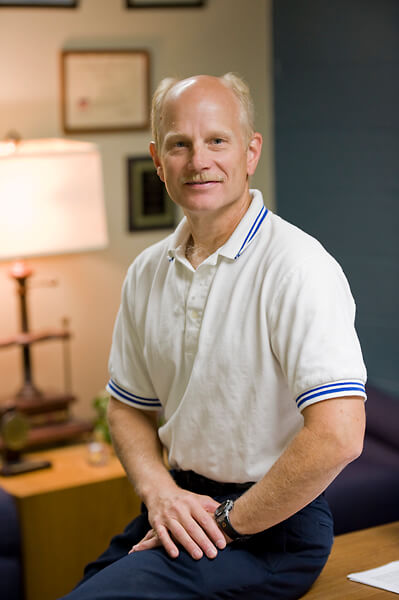 Dr. Fritz Huber grew up on a farm in northwestern Ohio with two older sisters. His family worked hard, and his father, a World War II veteran,  was well known within the community. His life revolved around games and practice since he had a love and passion for sports at a young age. He also had an interest in landscaping and building.

His father died, however, when Dr. Huber was only 14 years old, and being the only male left, he became the man of the family and had to grow up faster than most. Their family was very spiritual and moral.

Dr. Huber was hired at ORU to coach the varsity women's volleyball team.  After the team was canceled the following year, Dr. Huber was hired as a full time HPE instructor. He believes that the Holy Spirit led him to ORU in the first place and has kept him here for a purpose.

Dr. Huber is a certified strength and conditioning specialist and is nationally certified as a coach in several sports. He remains physically active, enjoys a healthy lifestyle and helps others do the same because he believes in the whole person lifestyle.