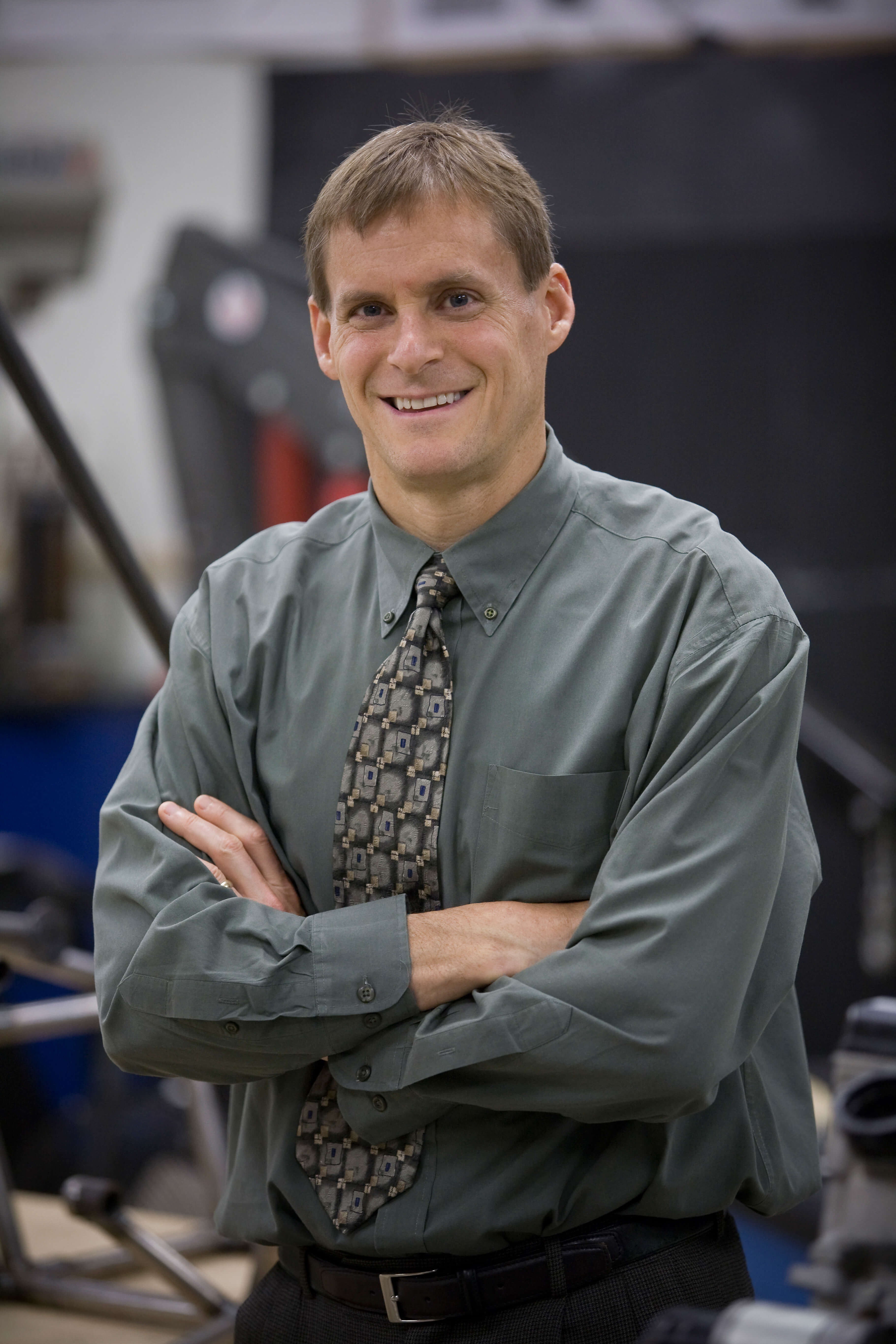 Third from the youngest of 13 children, Dr. Dominic Halsmer grew up in rural Indiana where his family's large acreage provided ample room for a swimming pool, ball fields and trampoline. His godly parents and large extended family that lived near by gave him a strong foundation of faith, athleticism and adventure that endures today.

Dominic's father and uncle owned and operated a small airport and the Halsmer kids spent many happy hours trying to defy gravity at the airfield. Once, under older brother David's direction, they developed a kite large enough to lift a person off the ground using an old parachute and some rope. Dominic's natural interest in physics and engineering blossomed in this fertile ground that fostered a child's exploration and curiosity.

Dominic earned his B.S. and M.S. degrees in Aeronautical and Astronautical Engineering from Purdue University. College was a time of spiritual searching, but ultimately he returned to his faith. "The love and Christ-like example of my parents made the difference," he said. He also notes that the evidence from science for the truth of the Christian worldview also helped draw him back to his faith. Today, he has a heart for reaching out with the gospel to skeptical scientists and engineers.

In 1992, Dominic earned his Ph.D. in Mechanical Engineering from UCLA. That fall, he joined the Engineering and Physics Department at Oral Roberts University. In 1996 and 1997, he participated in the NASA/ASEE Summer Faculty Fellowship Program at NASA Goddard Space Flight Center. His research activities have involved undergraduate engineering students in developing an apparatus to test the stability of spinning spacecraft under thrust. Currently, he is studying how the universe is engineered to reveal the glory of God and accomplish His purposes.

Today, Dominic is a virtual poster boy for the ORU Whole Person concept. An accomplished athlete, he often earns a top-three slot in Tulsa area races and in 2007 placed third in the 3000 meter steeplechase at the National Master's Outdoor Track and Field Championships in Maine. But first and foremost, he is a committed Christian husband and father in addition to being an accomplished engineer with a thirst for knowledge and a love of teaching.  Dominic can often be seen running with students during lunch time.

Dominic is married to his high school sweetheart Kate, and they are the parents of four children ages 15 to 23 years.