Professor of Political Science; Chair of History, Humanities and Government; and Dean of College of Arts & Cultural Studies 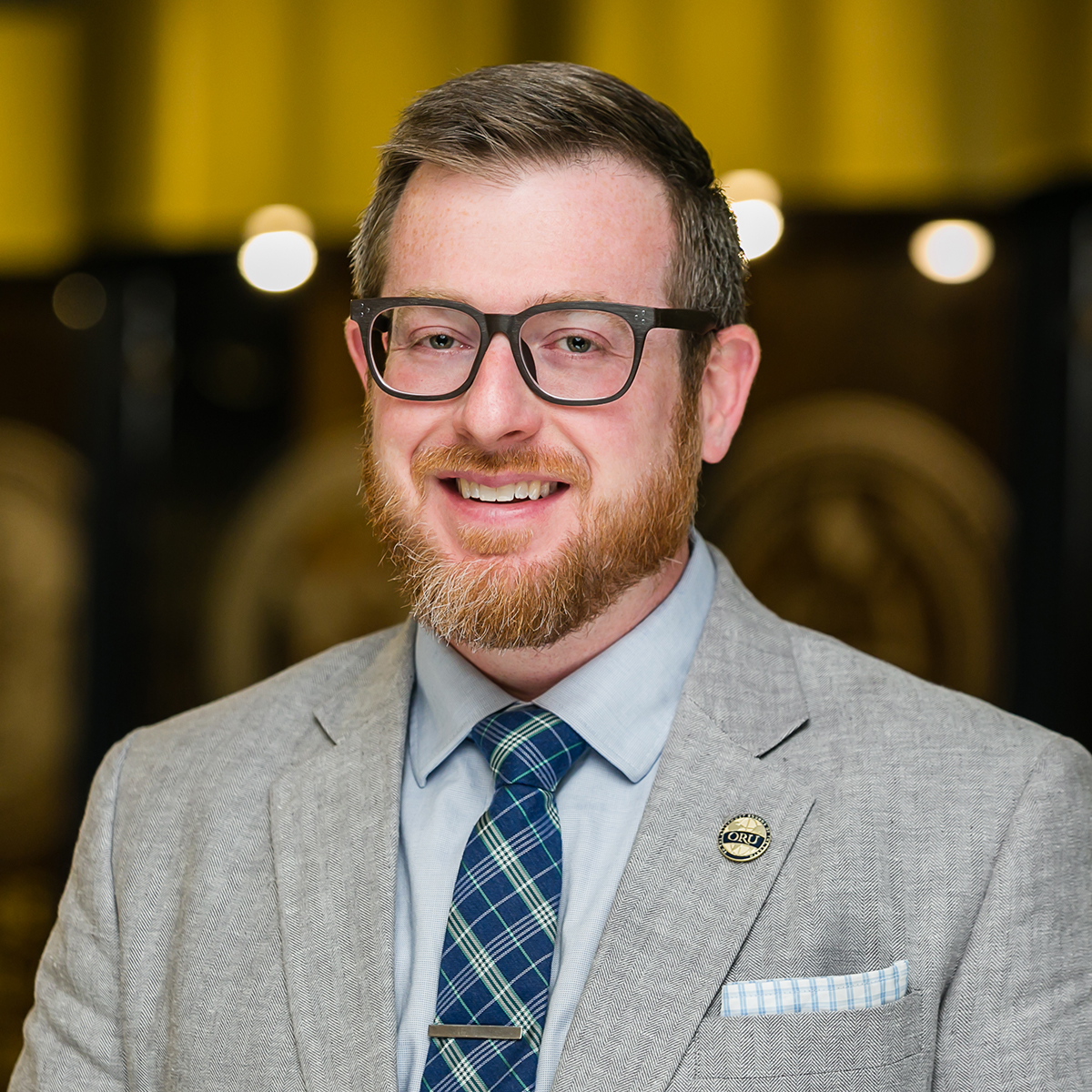 Dr. William Curtis Ellis, Professor of Political Science and Chair of the History, Humanities, and Government Department brings a background of practical political and academic experience to Oral Roberts University. He has worked at both the state and national levels of government with experience in the Virginia General Assembly and the Virginia Lt. Governor's Office, and as a policy fellow in the United States Congress for the House Committee on Education and Labor through the American Political Science Association.

Dr. Ellis came to ORU in January of 2015 after four and a half years at Auburn University at Montgomery where he was widely recognized for excellence in teaching, research, and service. As an assistant professor at AUM, Dr. Ellis was known for engaging students in the research process in both publication and conference presentations. Dr. Ellis developed his administrative skills as the Coordinator of Graduate Programs for AUM's School of Sciences from 2012-2014. He was granted AUM's university-wide Emerging Distinguished Teaching Professor award for 2013-14.

Dr. Ellis teaches a variety of undergraduate and graduate courses, both in the classroom and online, such as Introduction to American Government, Introduction to Political Science, Congressional Politics, Legislative Process, Campaigns and Elections, Public Policymaking, Policy Analysis, Research Methods, Constitutional Law and Civil Rights, Civil Liberties and Social Justice. In the classroom, students encounter his passion for building Spirit-Empowered leaders. Students praise Dr. Ellis for his passionate commitment to push them toward excellence and the fulfillment of their potential.

In 2015, Dr. Ellis and co-author Dr. Walter Clark Wilson from the University of Texas at San Antonio won the Margaret T. Lane / Virginia F. Saunders Memorial Research Award for their article "Surrogates Beyond Borders: Black Members of the United States Congress and the Representation of African Interests on the Congressional Foreign-Policy Agenda."  The annual award recognizes an outstanding research article in which government documents, either published or archival in nature, form a substantial part of the documented research.

Dr. Ellis' research focuses on the United States Congress exploring the impact of race and ethnicity on the congressional agenda, the relationship between institutions and agenda control, as well as the ever-changing face of campaign financing in congressional elections. His scholarship has been published in outlets such as Polity, Social Science Quarterly, and the American Review of Politics, as well as in contributions to the 2012 and 2014 editions of The Roads to Congress book series. Most recently, Dr. Ellis published (with Dr. Wilson) a chapter, “Opportunistic Partners: Mexican and Mexican-American Interests in Congressional Lobbying,” in the book Congress and Diaspora Politics: The Influence of Ethnic and Foreign Lobbying (SUNY Press, 2018).

Dr. Ellis earned his B.A. in Political Science from Randolph-Macon College in Ashland, Virginia, graduating with honors, and his M.A. and Ph.D. in Political Science from the University of Oklahoma where he served as a Fellow at the Carl Albert Congressional Research and Studies Center and specialized in American Politics and Public Policy. He also earned a Certificate of Ministry and Leadership from Highlands College in Birmingham, Alabama.