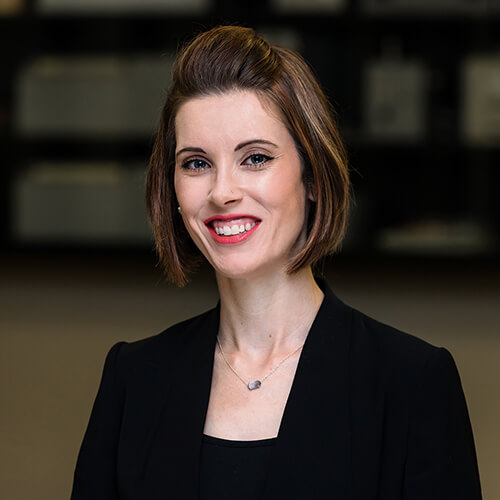 Brittany Gomez serves as the Field Education Director for ORU’s Social Work Program. She joined the faculty at ORU in August 2017 and continues to enjoy teaching as an Assistant Professor of Social Work.

Professor Gomez grew up with a deep love for Jesus and the nations. She first came to ORU in 2004 as a student. When she took Introduction to Social Work during her freshman year, Gomez began to realize that a social work degree would equip her to serve and empower people all over the world. As she continued her studies, Gomez was named the 2008 Undergraduate Social Work Student of the Year by the National Association of Social Workers in Oklahoma. She graduated with her Bachelor of Social Work in May 2008 and received that year’s Outstanding Academic Achievement award from ORU’s College of Science and Engineering.

After graduating from ORU, Gomez spent the summer of 2008 in Mozambique, Africa. She completed the Iris Harvest School of Missions under the leadership of Heidi & Rolland Baker. Gomez shares that her experience during Harvest School became a marking point in her life as she found herself falling “head-over-heals in love with Jesus”.

Following Harvest School, Gomez returned to the US to complete her Master of Social Work degree through Wichita State University. She graduated with her MSW in 2009, and went on to obtain her License of Clinical Social Work in 2013. From 2013 to 2016, Gomez attended the Bethel School of Supernatural Ministry in Redding, California. She says her time there, which included emphases in preaching and worship leading, was vital in her preparation for teaching.

Gomez’s key areas of practice specialty within the field of social work include childhood trauma, attachment disorders, and human sex trafficking. Gomez has conducted seminars on childhood trauma and emotional healing in Brazil, India, and Nepal. She has worked with anti-trafficking efforts in Oklahoma and has also served as a consultant for an anti-trafficking safe house in India. Gomez continuously utilizes her administrative and networking experience to expand practicum placement options for students.

When it comes to the classroom, Gomez creates an engaging learning environment through active discussions, role plays, and the simulation of real-life scenarios from the social work field. She is passionate about raising up the next generation of social workers to serve and lead with excellence, empowered by Holy Spirit. She loves getting to know her students and is always happy to lend a listening ear or a word of prayer.

When Gomez is not teaching, she enjoys spending time with her husband, Roberto. Worshiping Jesus, playing the piano, songwriting, drinking tea, and traveling are among her favorite hobbies.