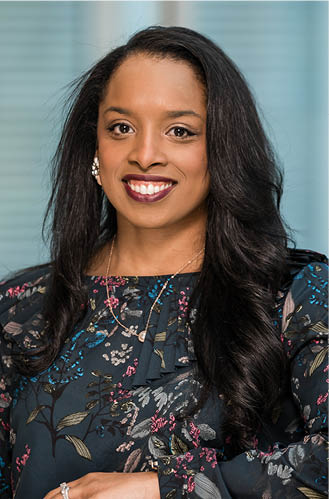 Christa (Barber) Moss graduated summa cum laude from ORU in 2009 with a bachelor's degree in Government, Pre-Law and a minor in Worship Leadership. While at ORU, she participated in Oklahoma Intercollegiate Legislature, ORU Worship, Front Line, Music Missions (Team Indonesia) and the ORU Extraordinary Tour. After graduating from ORU, she attended the College of William & Mary, Marshall-Wythe School of Law, earning her J.D. in 2012. Following law school, she married the love of her life: fellow ORU alum and track athlete Maurice ('06), who she met through mutual friends after learning he had timed her during a track event the summer before her freshman year. Christa began her legal career as an Assistant City Attorney for the City Attorney's Office in Kansas City, MO, representing the City's Neighborhood and Housing Department in nuisance abatement, dangerous building demolition, and vacant property issues. She and Maurice returned to Tulsa in 2015, where she practiced civil defense litigation as an Associate Attorney at Latham, Wagner, Steele & Lehman P.C. Christa, Maurice, their sweet baby boy James O.T., and their lab-mix Jax, recently moved back to Missouri, where Christa is currently a Judicial Law Clerk to the Honorable David P. Rush, United States Magistrate Judge for the Western District of Missouri, Springfield Division. Christa loves spending time with family and friends, working with kids, and volunteering in the community. She has coached volleyball for eight years and enjoys mentoring young girls to be happy, confident, and successful.