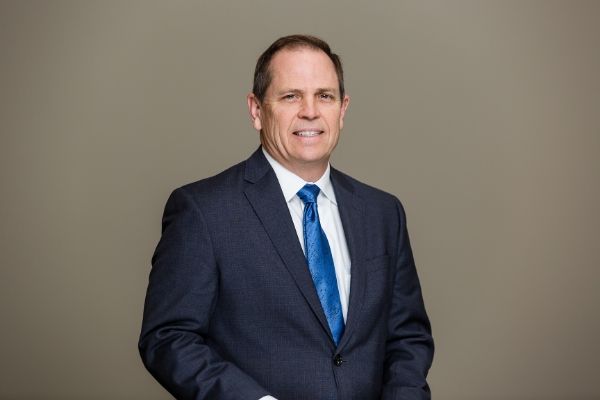 Tim Lyons is the president and CEO of TTCU Federal Credit Union. TTCU is the second largest credit union in Oklahoma, with $1.9 billion in assets and sixteen branches across northeastern Oklahoma. TTCU serves over 130,000 members, counting in its membership teachers, school employees, students and their family members, as well as employees from more than 800 companies.

Only the seventh president in TTCU’s 85 year history, Tim was named CEO in 2011. Tim has overseen the credit union’s rapid growth, opening seven new branches and a 90,000 square foot corporate headquarters in south Tulsa. The beautifully-designed, modern headquarters has allowed TTCU to expand its back office functionality and recruit new talent. Tim also instituted Leadership Bootcamps to build the next generation of credit union leaders.

Under Tim, TTCU has continued to be a leader in supporting education in Oklahoma. In 2016, TTCU spearheaded Support our Schools, which generated over $2.8 million for Oklahoma school districts. Tim also worked to start the School Pride� debit card program, where a percentage of each transaction is donated back to the schools, resulting in over $1 million donated to local school districts since the program’s inception. In 2017, Tim was awarded the Spirit of Innovation award from the Foundation for Tulsa Schools.

During his TTCU career, Tim also spearheaded TTCU’s efforts to make FoolProof, an online financial literacy curriculum, available at no charge to all Oklahoma schools. To date, more than 125,000 Oklahoma high school students have participated in this program. He also encouraged an initiative to reach out to the Hispanic population and incorporate Spanish-language speakers into TTCU’s front-line operations.

Tim has worked at TTCU for nearly thirty years. After graduating from Oral Roberts University in 1982 and earning his CPA, Tim began his professional career in public accounting. He started with TTCU in 1989 serving as Controller and then Chief Financial Officer before becoming CEO.

Tim is a strong believer in the credit union movement and has served on a number of boards and committees for industry organizations, including Oklahoma Credit Union Foundation, Credit Union Service Centers of Oklahoma, Cornerstone Credit Union League and the Federal Reserve Tenth District Payments Advisory Group. In 2016, he was awarded the Troy Higgins Political Activist of the Year from OCUPAC for his support of credit unions.

Very active in the community, Tim serves on numerous boards. He is the chairman of the Temple Foundation, which seeks to meet the health, welfare and education needs of children in the Tulsa metropolitan area. He is a strong advocate for educational causes as well. He serves on the boards for the Tulsa Community College Foundation, Oral Roberts University, Tulsa Area United Way and Tulsa Regional Chamber. He is a member of the Rotary Club of Tulsa. He and his wife, Carol, are longtime members of Christian Chapel serving in various leadership and ministry capacities.

Tim and Carol have two daughters and five grandchildren. In his spare time, he enjoys bicycling, spending time on his boat and teaching his grandkids how to fish.